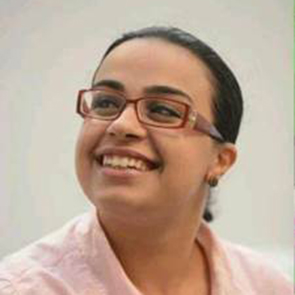 Intissar Al Hasairi was a Co-founder of Tanweer Movement, a non-political group that promotes peace and culture in Libya. The human rights defender participated in protests demanding a democratic state and respect for of the rule of law.

The bodies were found when a suspicious parked car was reported to the security authorities. They were then transferred to Abo Salim Hospital in Tripoli and identified. The human rights defender had been missing since the previous evening.

Tripoli has been under the control of Fajr Libya (Libya Dawn), an alliance of Islamic militant groups, since the summer of 2014. Fajr Libya has created a parallel government in Tripoli forcing the internationally recognized government headed by Abdullah Al Thani to retreat to the east near the border with Egypt.

Reportedly, the Islamic militias in Libya maintain a black list of human rights defenders to be targeted. The listed persons promote the idea of a democratic state or other ideologies opposed to that of the armed groups. On 20 September 2014, unidentified gunmen assassinated human rights defenders and minors Messrs Tawfik Bensaud and Sami ElKawafi while they were driving near Al-Kish in Benghazi. Three months before, on 26 June 2014, human rights lawyer Ms Salwa Bugaighis was shot dead in her home in Benghazi by a group of unidentified men wearing military uniforms.