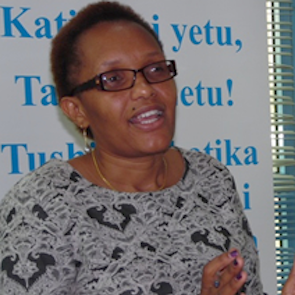 Human rights defender Ms Imelda Urio and 35 other members of the Tanzanian Civil Society Election Consortium (TACCEO) have been subjected to acts of police harassment.

They were due to appear for interrogation this 10 November 2015 for the third time, after being summoned for allegedly violating the 2015 Tanzanian Cyber Crimes Act.

On 6 November 2015, the 36 human rights defenders were summoned to appear for questioning at the Central Police Station in Dar Es Salaam for the second time. They were questioned for almost eight hours. The main subject of the interrogation was the terms of reference in the TACCEO-NEC (Electoral Commission) agreement on the permission and entitlement to perform election observation and contravention of section 16 of the Cyber Crimes Act. The police purported that TACCEO carried out activities in violation of said law. The human rights defenders were later released, but were again summoned as the investigation continued.

All 36 human rights defenders were arrested on 29 October 2015 and then released on bail the same day. At approximately 2:30pm, the national police entered the TACCEO election observation centre in Kawe Beach, Dar Es Salaam and searched the place for approximately 5 hours. After a long interrogation, all 36 human rights defenders were arrested and several items of office and personal equipment were seized, including 3 laptops, 24 desktop computers, 25 office phones and 36 mobile phones. Despite their release on bail, to date none of the seized office or personal equipment has been returned to the human rights defenders.

In a statement released on 9 November 2015, the heads of several diplomatic missions in Tanzania expressed concern about the arrest of these election observers and the confiscation of their equipment. They recalled that the government of the United Republic of Tanzania had committed to applying the Cyber Crimes Act of 2015 in a manner that respects fundamental freedoms. In the harassment against the 36 election observers, the diplomats saw a clear sign that the government is starting to fall short of that commitment.