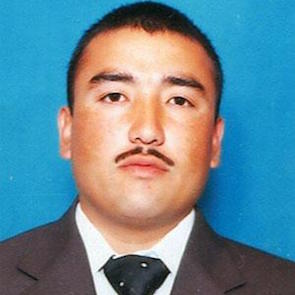 A coalition of human rights organisations call for the release of human rights defender Azam Farmonov on his 37th birthday, which he is spending in prison for his peaceful activism.

The Observatory for the Protection of Human Rights Defenders (FIDH-OMCT), FIDH member organisation "Fiery Hearts Club", the Association for Human Rights in Central Asia, the Uzbek-German Forum for Human Rights, Front Line Defenders and the International Partnership for Human Rights (IPHR) join Azam Farmonov's family in wishing Azam strength for his 37th birthday which he spent locked up in prison.

The health of Uzbek human rights defender has degraded remarkably during the ten years he has spent behind bars. Unless the international and business communities dealing with Uzbekistan make a decisive breakthrough in urging the government to stop maltreating its citizens and liberate Azam Farmonov along with dozens of prisoners of conscience, he will languish in prison for at least another four years. His only crime is his activism in the association Human Rights Society of Uzbekistan (HRSU).

Head of the regional branch of the HRSU, Mr. Azam Farmonov has worked to defend farmers' rights. A few days before his arrest in April 2006, he intended to help two farmers defend their rights against a state-owned petrol company. Once detained, Azam Farmonov was held incommunicado for weeks and tortured to confess to charges of extortion. Investigators suffocated him with gas masks, and beat him repeatedly with clubs for over a week. Stripped of the right to legal defense of his choice, he was sentenced to nine years in prison in June 2006.

“We reiterate our urgent call to countries and corporations dealing with Uzbekistan to use their leverage in order to liberate Azam Farmonov and all those who languish in prisons for having stood up for citizen's rights", insisted FIDH President Karim Lahidji.

A few days ahead of his due release in April 2015, he was tried without legal representation for allegedly violating detention facility rules and sentenced to another five years and 26 days on fabricated charges. Azam Farmonov thus joined other Uzbek prisoners of conscience, whose prison sentences have been arbitrarily extended on the basis of vague accusations of “violating prison rules”. The sentences of some human rights defenders have been prolonged so many times that their prison terms have become de facto life imprisonment.

"The practice of extending sentences for alleged violation of prison rules is a severe breach of human rights. The relevant article of the Criminal Code must be repealed as a matter of urgency," stressed Mutabar Tadjibaeva, President of "Fiery Hearts Club".

Detained in a detention facility in Jaslyk known as the "death zone" for its extremely harsh climate and severe detention conditions, Azam Farmonov has reported being tortured, beaten and often placed in solitary confinement with no heating. He suffers from severe kidney pains, that are exacerbated by the harsh, cold weather, and poor heating in cells in winter, while in summer the temperature can go up to 40 degrees, unbearable in tiny, overcrowded and poorly ventilated cells.

“During his nine-years' imprisonment, Mr. Farmonov has been spreading the information about the ill-treatment in his jail without possibility to appeal to any authority. In a letter written in May 2015, he described the terrifying conditions of detention and tortures he endured. "We are extremely concerned for the physical and psychological integrity of Azam Formonov and other human rights defenders in jail”, said Mary Lawlor, Director of Front Line Defenders.

“The lack of any sort of investigation into the ill-treatment of Mr. Formonov is completely unacceptable and evidences the catastrophic situation of human rights in the country” , declared Gerald Staberock, OMCT Secretary General.

Azam Farmonov is not receiving the necessary medical treatment. His wife, caring for their two children alone, is permitted to visit her husband less often than specified in the prison rules. She spends days in the prison zone before being allowed to see her husband.

The situation in Uzbekistan remains perilous for human rights defenders who are constantly persecuted, denied their right to a fair trial and imprisoned on fabricated charges. The authorities’ fierce grip on society eliminates any critical voices that could expose the country's violations of human rights: forced labour and continued child slavery in cotton fields, forced sterilisation of women, the absence of independent media and political participation, arbitrary detentions, and torture. The Russian human rights watchdog Human Rights Center "Memorial" puts the figure at 10,000, while Uzbek human rights organisations report more than 12,000 people detained on politically motivated charges.

In the past, violations meriting 5 extra years in Uzbekistan's prisons or refusal of amnesty have included asking to see a dentist, failing to sweep a cell despite not being given a broom, and improperly peeling a carrot on kitchen duty.

Azam Farmonov is a defender of the rights of local farmers and the Chairperson of the Syrdarya regional branch of the Human Rights Society of Uzbekistan. Before he was imprisoned in 2006, he worked to monitor trials, document human rights violations, and produce reports aimed at increasing government accountability.

On 21 May 2015, Ms Ozoda Yakubova, the wife of Farmonov, learned that her husband received an addition half decade in prison. Yakubova received no notification from the Court of trial proceedings against her husband prior to the extension, and she was not informed about the nature of the alleged violation.

Farmonov's sentence extension comes after nine years behind bars in in the notoriously harsh prison of Jaslyk in the Republic of Karapalkakstan. On 16 June 2006, an Uzbek judge sentenced him to nine years on politically motivated and trumped up charges related to his peaceful work in defense of human right. The court convicted him of alleged extortion, following his arrest on 29 April 2006 with fellow human rights defender, Alisher Karamatov. While in prison, Farmonov reported being repeatedly subjected to torture. On 23 November 2011, people close to his case filed a complaint to the head of the prison colony in relation to the reported torture, but no prison officers were held accountable for the reported abuse.

In May 2015, Azam Farmonov managed to send a letter from prison written on a piece of toilet paper, addressed to the Secretary General of the United Nations. He described the terrifying prison conditions and torture he endured. He wrote that he was confined to quarantine under non-stop psychological and physical pressure for thirty-five days, and was placed in solitary confinement on several occasions. During his nine-years' imprisonment he has not been allowed to personally appeal or report his ill-treatment to any authority. He hopes that this letter might draw the attention of the President and Government of Uzbekistan to the ongoing injustice, impunity and grave violations of prisoners' rights.