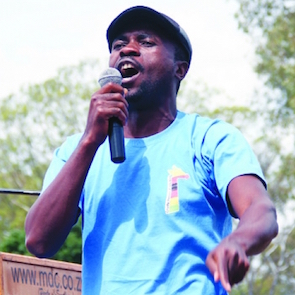 On the morning of 6 November 2014, Itai Dzamara and his colleagues had gathered at Africa Unity Square in downtown Harare to continue their sit-in. At approximately 11:30 a.m, several police officers arrived at the square and ordered the protesters to disperse. Soon after giving the order, they reportedly started beating those participating at the sit-in with baton sticks. In the process, more than a dozen officers reportedly singled out Itai Dzamara, prevented him from leaving and started to brutally assault him until he lost consciousness. When human rights lawyer Kennedy Masiye tried to intervene, the police officers turned their batons on him, beating him severely. This was despite the fact that he clearly identified himself as a legal practitioner executing his professional responsibilities to provide legal assistance. Kennedy Masiye eventually managed to retreat from the police officers, and was left severely injured with a broken arm. As a result of the brutal assault, Itai Dzamara was rushed to Avenue Clinic where he was hospitalised. Two other protesters are reported to have received treatment at the same clinic and were discharged.