Gabon is one of the countries in the central African sub-region where human rights defenders (HRDs) are provided with substantial space to conduct their work. Although the political landscape is still dominated by the Gabonese Democratic Party (PDG), which has been ruling the country since the late 1960’s, restrictions on the work of HRDs are not as widespread as they used to be. The constitution guarantees press freedom and other public freedoms. Media outlets, both government-owned and private, are generally allowed to operate freely. However, press freedom has occasionally been marred by the harassment, intimidation and arrest of a number of journalists who reported on sensitive issues. At times, there have been attempts to force journalists to reveal their sources. In 2015, several news outlets were reprimanded or suspended for publishing ‘defamatory’ articles. The extent to which libel and defamation laws, which in Gabon can still attract both criminal and civil penalties, affect the work of HRDs, and journalists in particular, should not be underestimated. Many cases of judicial harassment against Gabonese HRDs and journalists contained accusations of defamation or “disrupting public order” and most often arose from declarations, reports or articles in which known political figures close to the ruling party were mentioned. While the National Communication Council (CNC – Conseil National de la Communication) has been advocating for the removal of criminal penalties for libel and related offences, there is no sign that any change in that direction will be effected any time soon.

The constitution prohibits discrimination based on national origin, race, gender, religion, disability, language or social status. It does not however prohibit discrimination based on sexual orientation, among other things. This may be one reason why LGBTI rights defenders in the country tend to operate underground despite Gabon being one of the African countries that does not criminalize homosexuality.

Gabon ratified the Convention on the Elimination of All Forms of Discrimation of Women (CEDAW) in 1983. However, women human rights defenders (WHRDs) still face obstacles in achieving their goals, in part due to longstanding gender discrimination and cultural stigma. For instance, married women in Gabon are required to acquire consent from their husbands in order to obtain a passport and to travel outside the country. 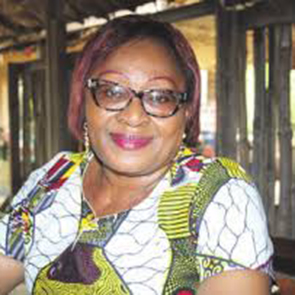