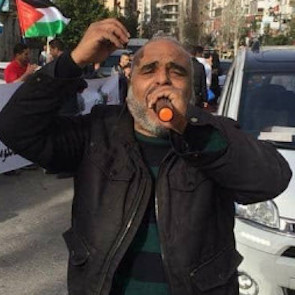 Jihad Abdo is a co-founder of the The Coalition of Civilized Demand for Fair Palestinian Telecom Sector (Bekfi ya shrikat alitisalat - Enough Communication Companies), a movement which was established to demand fair competition in the Telecom sector in Palestine and to defend the economic rights of Palestinians. He regularly participates in organising peaceful demonstrations calling for an end to corruption within the Palestinian Authority and the Palestinian telecom sector.