Joint Open Letter to the Hong Kong Secretary for Justice

We, a group of 72 international non-governmental organizations and individuals, are writing to call on your government to drop the charge of “inciting unauthorized assembly” against Chow Hang-tung (鄒幸彤) and unconditionally release her. Ms. Chow is a barrister and vice president of the civil society group Hong Kong Alliance, which organizes the annual Victoria Park vigil to commemorate the 1989 Tiananmen Massacre. Police arrested Chow on June 4, 2021, released her on bail on June 5, but detained her again on June 30.

The charge against Chow is based on alleged violations of Hong Kong’s Public Order Ordinance, which requires organizers to notify police of demonstrations in advance, and requires them to get a “notice of no objection” from the police before proceeding. The United Nations Human Rights Committee has criticized the law, saying that “it may facilitate excessive restriction” on basic rights. Human rights organizations have repeatedly urged the Hong Kong government to amend the law because it is incompatible with international standards on freedom of assembly.

The police banned the 2021 vigil on public health grounds, although Hong Kong has kept Covid-19 under control and had few infections at the time. Following the announcement of the ban, Chow wrote an opinion article and a Facebook post urging people to mark the occasion by lighting candles and that she would do so in a public space. There is no basis for interpreting her message as “inciting” people to publicly gather or violate social distancing rules in effect at the time.

We are also concerned about repeated calls to ban the Hong Kong Alliance by Lu Wenduan (卢文端), vice chairperson of the Chinese Communist Party-controlled All-China Federation of Returned Overseas Chinese, and others who often represent the Chinese government’s views and baselessly allege that the Hong Kong Alliance is “subversive,” “colludes with foreign forces,” and violates the National Security Law. Under such pressure and threats of prosecution, the Alliance has terminated its staff and downsized its operations.

As you know, Hong Kong people are entitled to the human rights guarantees enshrined in Hong Kong’s de facto constitution, the Basic Law. Those rights are also guaranteed by the International Covenant on Civil and Political Rights (ICCPR), which is incorporated into Hong Kong’s legal framework via the Basic Law and expressed in the Bill of Rights Ordinance. The ICCPR guarantees the rights to freedom of expression, information, association, and peaceful assembly, among other basic liberties. It protects the rights to participate in public affairs, vote at genuine periodic elections, and be a candidate for public office. It also ensures the rights of criminal suspects to a fair and public hearing by an independent and impartial court.

That Central Chinese government and Hong Kong officials continue to deny these rights, as reflected in the arbitrary arrest and detention of Chow Hang-tung, undermines your credibility in upholding international legal guarantees, and is unlikely to yield the “stability” you say you want.

We look forward to receiving your response on this important matter. 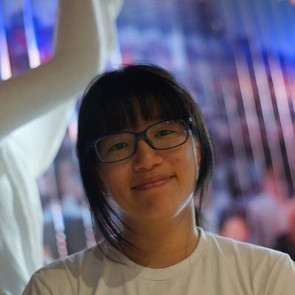