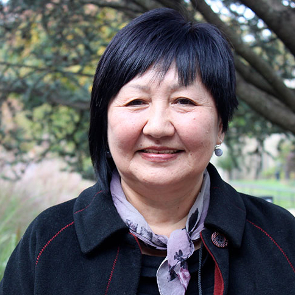 On the morning of 19 September 2013, a group of unidentified women threatened and harassed the organisers of human rights film festival “Bir Duino Kyrgyzstan” (One World Kyrgyzstan).

The women demanded that the documentary about imprisoned human rights defender Mr Azimjan Askarov should not be screened.

The film festival opened in Manas cinema in Bishkek on 18 September 2013, and the screening of the documentary on Azimjan Askarov – produced by Freedom House –is scheduled for 21 September 2013. The annual film festival is organised by human rights group Bir-Duino Kyrzystan, led by human rights defender Ms Tolekan Ismailova, the director of Human Rights Centre 'Citizens Against Corruption'.

Azimjan Askarov is a human rights defender who spent 25 years documenting human rights abuses in Kyrgyzstan until his arrest in 2010. He is currently serving a life sentence after an unfair trial during which he was beaten in detention and denied access to his lawyer.

On 19 September 2013, a group of women gathered around Manas cinema, shouting abusive slogans and demanding that the planned screening of the documentary on Azimjan Askarov should be taken out of the programme. They demanded to speak with Tolekan Ismailova, however they started making noise and shouting offensive and provocative slogans against the film festival organisers. The women surrounded one of the staff members who was recording the events on her camera, and demanded that she delete their faces from the recordings.

Front Line Defenders is concerned that the protest may prompt the authorities to ban the documentary screening. On 28 September 2012, at previous festival edition, the organisers were banned from screening a documentary on the experiences of lesbian, gay, bisexual and transgender (LGBT) people in the Islamic world, after a complaint was lodged by the Prosecutor's Office, which considered the film to be “extremist, inciting religious hatred and aimed at dishonouring Muslims”.

Following this decision, Tolekan Ismailova was targeted with a defamation campaign in the media and the Human Rights Centre 'Citizens Against Corruption' received threats.

Human rights defenders Ms Tolekan Ismailova and Ms Aziza Abdirasulova have been subjected to interrogation and intimidation in Osh, Kyrgyzstan, following their activities monitoring the human rights situation in southern Kyrgyzstan in the wake of inter-ethnic fighting. Tolekan Ismailova is chairwoman of the Human Rights Centre “Citizens against corruption” and Aziza Abdirasulova is the head of the Public Foundation Kylym Shamy.

On 28 June 2010, Tolekan Ismailova and Aziza Abdirasulova were called to the Osh Regional Prosecutor's office. It is reported that they thought that it would be in relation to a request they had previously presented to the Prosecutor to visit the detention facilities in the city of Osh. However, they were in fact called as witnesses in criminal case number 152-1079, opened on 12 June 2010 under Art. 233 parts 1, 2 and 3 (organisation of mass disorders) and Art. 97 part 2 (killings) of the Criminal Code of the Republic of Kyrgyzstan. Interrogation was conducted by investigator Malaev.

Tolekan Ismailova and Aziza Abdirasulova were interrogated separately for about one and a half hours in the presence of their lawyer, Mr Tair Asanov. The interrogation primarily concerned information published on the website www.24.kg, which referred to Ismailova and Abdirasulova as its sources. The information in question, a news piece, claimed that 20 people were killed during a special police operation in Nariman village of Karasuu district, Osh region, on 21 June 2010. The journalist who wrote the piece, however, has reportedly confirmed that he had received the information not from Tolekan Ismailova nor Aziza Abdirasulova, but rather from a mailing list. He also reportedly confirmed that the news piece was corrected on the same day upon request from Ismailova and Abdirasulova.

Front Line is concerned by reports of the arrest of Ms Tolekan Ismailova following her participation in a peaceful demonstration in Bishkek, on 18 march 2009. Tolekan Ismailova is the Chairperson of the Human Rights Centre “Citizens against corruption”.

On 17 March 2009, a demonstration entitled “Civil hour in memory of Aksy!” was held to commemorate the 7th anniversary of Aksy tragedy when six demonstrators were shot dead, 28 were wounded, and 100 were subjected to torture for participating in a peaceful rally on 17 March 2002. The “Civil hour in memory of Aksy!” demonstration was attended by about 50 persons, including people from Aksy, public activists, leaders of non-governmental organisations, civil society activists and members of political parties. It took place in front of the Government House. Demonstrators wore black ties on their left arms and held red placards with the names of those who were killed by the police.

On 18 March 2009, the demonstrators continued the meeting and gathered on the Chui Avenue and Panfilova Street intersection. They had planned to light candles in memory of the Aksy tragedy victims, but they were dispersed by police officers who arrested human rights defender Tolekan Ismailova; Topchubek Turgunaliev and Anvar Artykov, respectively Chairperson and member of the Revolutionary Committee; and Samat Aliev, member of the Kyrgyzstan’s Greens Party. According to the information received, Tolekan Ismailova was detained in the Department of Internal Affairs of Pervomaysky district. The same day, she was released after the judge of the Tribunal of Pervomaysky district found her not guilty of violation of Article 392 of the Administrative Code (violation of the procedure of organisation of public gatherings) and issued a warning based on Article 371 of the Administrative Code (disobedience to public authorities).

Front Line believes that the arrest of Ms Tolekan Ismailova is directly linked to her peaceful activities in the defence of human rights, in particular her defence of freedom of assembly. Front Line is concerned by the increasing frequency of cases of arrest of peaceful demonstrators in Kyrgyzstan.

Front Line is deeply concerned following the arrest, on 18 December 2007, of human rights defender Tolekan Ismailova, Director of the human rights centre 'Citizens against Corruption', and 18 other human rights activists, including Mirsuljan Namazaliev and Jibek Ismailova of the Center for Human
Rights “Kylym Shamy”,during a protest in the Erkindik, the Old Square of Bishkek, Kyrgyzstan.

Front Line is also worried for the safety of human rights defenders Toktaim Umetalieva, head of the Association of non-governmental organisations (NGOs) and non-commercial organisations (NCOs), Nazgul Turdubekova, the Youth Human Rights Group, and Maxim Kuleshov, the leader of the NGO,
'World, Light, Culture' who, along with Tolekan Ismailova, were detained and beaten at another peaceful protest on 20 December, 2007.

On 18 December 2007, Tolekan Ismailova was observing a peaceful demonstration organised by several human rights defenders and youth organisations protesting against unfair electoral practices on the part of the Kyrgyz government in the recent parliamentary elections, which took place on 16 December 2007. The protest, which took place as part of a campaign entitled 'I don't believe', was staged near the Jogorku Kenesh parliamentary building. The protesters were arrested by authorities and taken to Pervomay District Militia Office, where they were denied access to lawyers. The lawyers who were finally allowed to visit those arrested were not eligible to defend them in court; and the lawyers who were legally eligible to defend them were not given access.

The people arrested at the protest were charged under Article 392 of the Code of Administrative Responsibility (violation of established order of organization and holding assemblies, meetings, street processions, demonstrations), released and ordered to appear in court on Friday, 21 December 2007. On Thursday 20 December 2007 another peaceful demonstration was staged by activists from several youth movements in Bishkek's Old Square. On this occasion, 31 activists were arrested by police. Violence was allegedly used by police during the arrests and several people, including Maxim
Kuleshov, were injured after being beaten during their arrest. According to reports, Maxim Kuleshov will be detained for five days and the other participants in the demonstration will be detained in isolation at a temporary detention centre of the Department of
Internal Affairs of the Bishkek Government. The authorities attempted to have the cases of all thosearrested on 18 and 20 December heard in camera at the Department of Internal Affairs. The detainees requested that normal procedure be followed and that the cases be heard in the District
Court, however the trials took place in camera on the evening of 20 December. The defendants were not allowed enough time to organise legal representation and most were each sentenced to between five and seven days in prison for their part in the peaceful demonstration.