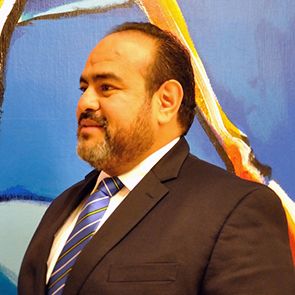 On 3 April 2017, at approximately 9.20 pm, unidentified men on a motorcycle drove past the home of Pedro Rafael Maldonado Flores and fired eight to twelve shots at a commercial vehicle parked on the other side of the road. The incident was reported to the local authorities and to the Public Prosecution.

Members of CALAS have been targeted on numerous occasions because of their human rights work. Pedro Rafael Maldonado Flores has faced several acts of intimidation, attacks, smear campaigns, threats and judicial harassment. On 12 November 2016, Jeremy Abraham Barrios Lima, a member of CALAS, was shot by two unidentified assailants on a motorcycle and subsequently died from his injuries. In January 2016, Pedro Rafael Maldonado Flores was targeted by Fundación Contra el Terrorismo (Foundation Against Terrorism), an organisation comprised of former army personnel, multinational companies and other groups. The organisation brought charges against him to the Tribunal for crimes such as discrimination, threats, aggravated theft, coercion, incitement to crime and conspiracy and the case was accepted.

In November 2015, the human rights defender received death threats via his Twitter account. This was followed by an attack on the headquarters of CALAS in July 2015, when an unknown gunman riding a motorcycle fired a number of shots outside the offices of the organisation. The human rights defender was also named in many defamatory newspaper articles in 2013.

Front Line Defenders expresses its concern at the most recent act of intimidation against Pedro Rafael Maldonado Flores. Further concern is expressed at the continuous intimidation and harassment also suffered by the human rights defender and other members of CALAS because of their legitimate human rights work.

1. Carry out an immediate, thorough and impartial investigation into the acts of intimidation against Pedro Rafael Maldonado Flores, with a view to publishing the results and bringing those responsible to justice in accordance with international standards;

2. Take all necessary measures, in consultation with the human rights defenders and/or their representatives, to guarantee the physical and psychological integrity and security of Pedro Rafael Maldonado Flores and all members of CALAS;

On 30 November 2015 human rights defender Pedro Rafael Maldonado Floresreceived death threats via his twitter account. The threatening message he received was sent from an account under the name of Armando Romero (@Armarome78) and it read "You are running out of time, I advise you to flee, pig son of a bitch. You have been warned" (“Se te acaba el tiempo, te aconsejo que huyas cerdo hdp. Guerra avisada no mata gente”). It is believed that this account was created with the sole purpose to threaten and intimidate Rafael Maldonado because the account did not have any followers and had only published tweets intimidating the human rights lawyer.

The human rights defender is a beneficiary of protection measures from the Inter-American Commission for Human Rights. However, the Guatemalan State has failed to fulfill the measures and grant him protection.

The human rights defender was in the offices of CALAS on 29 July 2015 when an unknown gunman riding a motorcycle fired a number of shots outside. He also received a previous death threat in May 2015 when an unknown woman approached him at a bank and said “Soon you are going to pay for the work you are doing. You will see what will happen as a result of the work you are doing against the mining company, you are causing a lot of damage and so they will kill you” (“Ya va a pagar ese trabajo que esta haciendo. Va a ver lo que le va a pasar por ese trabajo que está haciendo en contra de la minera, usted está haciendo un montón de daño y por eso lo van a matar”).

CALAS works to promote community participation and respect for the collective rights of indigenous peoples in relation to environmental concerns. Yuri Giovanni Melini Salguero is the director of the organisation, whilst Pedro Rafael Maldonado Flores is the legal, political and environmental co-ordinator. CALAS has actively protested against the planned construction of a liquid petroleum plant in the protected area of Refugio de Vida Silvestre "Punta de Manabique”, in Izabal with the result that the Ministry for the Environment and Natural Resources and the National Council for Protected Areas denied authorisation for the construction of this plant.

The Foundation Against Terrorism was set up by former military officials and military supporters and has previously published an article entitled La Farsa del Genocidio en Guatemala – Conspiración Marxista desde la Iglesia Católica (The Farce of Genocide in Guatemala – a Marxist Conspiracy by the Catholic Church). In the article published on 1 July and 30 June 2013, it is alleged that CALAS uses funds it receives from 'poderosas entidades internacionales' (powerful international entities) such as OXFAM and the Norwegian government to foment conflict in areas where mining and the cultivation of mono-cultures takes place. Yuri Giovanni Melini Salguero and Pedro Rafael Maldonado Flores, in particular, are accused of orchestrating campaigns of disinformation against mining companies in order to contribute to conflict between indigenous people and the companies in these areas. The human rights defenders are accused of endangering the economic progress of Guatemala and depriving the country of any opportunity for development. The article goes on to claim that CALAS fabricated stories of health scares in relation to the mine Mina Marlin in San Miguel Ixtahuacan. The Inter-American Commission for Human Rights - IACHR later ordered the closure of this mine.

Yuri Giovanni Melini Salguero was the subject of an assassination attempt on 11 September 2008.  He was the 2009 recipient of the Front Line Defenders Award for Human Rights Defenders at Risk. Front Line Defenders has issued urgent appeals on threats and intimidatory acts against him and Pedro Rafael Maldonado Flores on 4 April 2013, 30 August 2011 as well as on other occasions.

On 3 April 2013, Pedro Rafael Maldonado Flores was accompanying Dr Yuri Melini and members of communities affected by mining activities who had been refused access to case files concerning the granting of mining licences by the Ministry for Energy and Mining. Upon his return to his home he found that it had been broken into and number of items were missing and confidential documents had been reviewed.

On 2 April 2013 members of the Guatemalan National Civil Police (PNC) had visited his home as a result of orders from the Ministry of the Interior following a previous break-in on 19 March 2013. The PNC informed him of the security measures they could provide, however, these measures are inadequate given the nature of the attack and as can be seen by the most recent incident.

Previously, on 19 March 2013, at approximately 11am, Pedro Rafael Maldonado Flores was in his bedroom on the second floor of his residence when he noticed an unknown man on the outside patio of the second floor. When the intruder realised he had been seen, he immediately retreated. The human rights defender exited the bedroom to another room, from where he noticed another unknown man outside the window of the dining room. This man also retreated once he had been seen by the human rights defender. Both intruders moved down the stairs which lead to the garage, and at this point Pedro Rafael Maldonado Flores observed two other individuals in front of his house watching the building.

The human rights defender, unable to leave his home due to fears for his security, contacted his colleague and fellow human rights defender Dr Yuri Melini for assistance. Dr Melini arrived at the house along with National Civil Police agents fifteen minutes later. It was discovered that the electric gate at Pedro Rafael Maldonado Flores's home had been forced open and the electric controls had been disconnected. He has recorded photographic and video evidence of damage carried out to the security mechanisms on his property. A complaint was subsequently filed at the Ministry of the Interior.

Pedro Rafael Maldonado Flores believes that these break-ins are linked to his work on cases opposing mining activities in the departments of Santa Rosa and Jalapa. On 17 March 2013, the human rights defender participated in a public consultation in the municipality of San Rafael de las Flores, held to discuss a mining project in the area, along with human rights defenders and indigenous people's leaders Messrs. Encarnación Marcos Ucelo, Rigoberto Aguilar, Rodolfo López and Roberto González.

The latter were the subject of an urgent appeal by Front Line Defenders on 22 March 2013, following the kidnapping and the killing of Encarnación Marcos Ucelo, in the wake of the above-mentioned public consultation. Pedro Rafael Maldonado Flores has been the subject of threats and intimidation since his participation in the same consultation.

On 29 August 2011, at approximately 09:30 am, Yuri Giovanni Melini Salguero and Pedro Rafael Maldonado Flores each received a letter in a manila envelope which had been sent by registered post. The name registered as the sender of both letters was José Humberto Franco (20 calle 7-22, zona 1), with a registered sending date of 25 August.

Each envelope contained a threatening note which made mention of the recent dismissal of Federico Guillermo Alvarez Mancilla from the role of Executive Secretary of the Consejo Nacional de Áreas protegidas – CONAP (National Council of Protected Areas) on 23 August 2011 as a result of pressure from environmental organisations, including CALAS.

Within the threatening note are the lines “RAFAEL MALDONADO SIENTETE TRIUNFADOR” (Rafael Maldonado feel like a winner) and “YURI YURI, YURI YURI NO APRENDES QUE LA VIDA HAY QUE LLEVARLA EN PAZ. ESTO QUE LES MANDAMMOS ES PARA Que VERIFIQUEN QUE TODO VA EN SERIE Y EN SERIO MUY EN SERIO. USTEDES SERAN PARTE DE LA ECOCADENA. ANONIMUS O COMO QUIERAN” (Yuri, Yuri, Yuri, do you never learn that life should be lived in peace. This that we send you is to verify that everything happens in sequence, and is serious, very serious. You will both be part of the ecochain. Anonymous or as you like).

A memorandum from the Controller General of Accounts which had been sent to former officials of the Ministry of the Interior under the Presidency of Óscar Berger which referred to several objections relating to purchases and business negotiations with a reference number: DCGC-MG-OF-160-2008 Ref Core activities. The memorandum is dated 18 April 2008 and stamped by Erwin Johann Sperinsen Vernon.

A series of photographs, and in some cases sketches of their home locations, of 18 suspected criminals.

On 25 August 2011, Federico Guillermo Alvarez Mancilla gave an interview on President Colom's radio programme in which he referred to Yuri Giovanni Melini Salguero as an “ecohistérico” (eco-hysteric). This statement was picked up by a number of media outlets who used the same term to describe other environmentalists, and alluding to the fact that it was this hysteria which led to the dismissal of the former Executive Secretary of CONAP.

On 4 September 2008, Yuri Giovanni Melini Salguero was shot 7 times outside the home of a family member. Over the previous two years he had documented 128 attacks on environmental activists and led the campaign to bring the assassins of environmental campaigners lawyers Erwin Ochoa López and Julio Armando Vásquez (CONAP workers) to justice. They were murdered because of the work they were carrying out in relation to the legal defence of protected areas on Guatemala's Atlantic Coast. As a result of this attack, Yuri Giovanni Melini Salguero and CALAS have been granted protection measures from the State since September 2008.