This week, as the world marks International Human Rights defenders Day on 9 December and International Human Rights Day on 10 December, Front Line Defenders urges the Chinese government to take all necessary measures to ensure the respect for and protection of the legitimate work of human rights defenders, who are indispensable to the effective prevention of gross human rights violations.

Since 2017, there is a growing body of credible investigation and reports on the mass arbitrary detention of the Uyghurs, Kazakhs, and other Muslim minorities in political indoctrination and concentration camps in Xinjiang. Minorities are also subjected to pervasive physical and digital surveillance, severe restrictions of their religious and cultural practices, demolition or closure of mosques and religious sites, forced labour in factories that supply international brands, and forced sterilisation which appears to have resulted in a drastic drop in birth rates among Uyghurs across the region. Children whose parents or guardians have been detained in the camps are left in limbo, and some of whom are known to be placed in state-run orphanages. There are also reports of torture, ill-treatment, sexual violence, and deaths of detainees. While the space for Uyghur human rights defenders to work within Xinjiang is extremely limited, defenders overseas, including refugees and asylum-seekers, have been coerced to return to China and have faced intimidation from Chinese state agents or the government of the country that hosts them, including surveillance, threats to detain their family members who are still in China, and threats of deportation.

Human rights defenders play instrumental roles in preventing serious international crimes, as well as other gross rights violations, and in implementing the Responsibility to Protect doctrine, which was unanimously adopted by all Heads of State and Government at the UN World Summit in 2005. The UN Secretary-General has recognised these important roles, and considers it a good practice to support and engage with local human rights organisations and human rights defenders, particularly women and youth leaders, in prevention work. Human rights defenders help foster an environment that supports “a plurality of views and defends the right of groups to hold and express alternative perspectives while protecting the population from hate speech and incitement to discrimination, hostility, and violence.”

Human rights defenders also play a crucial role in collecting, consolidating, preserving and analysing evidence of the most serious international crimes and violations of international law. Their work may facilitate and expedite fair and independent criminal proceedings, in national, regional or international courts or tribunals that have or may in the future have jurisdiction over these crimes.

On the other hand, attacks against human rights defenders and restriction of civic space contribute to risk factors that are conducive to impunity and the commission of serious crimes. In its latest Guidance Note on promoting and protecting civic space, pursuant to the Secretary-General’s Call to Action for Human Rights, the UN warned that “[r]epeated attempts to restrict civic space and excluding individuals and groups from expressing their views, assembling freely, creating associations and participating in decision-making are most often a prelude to a general deterioration of the political situation and to further human rights violations, and therefore, a clear early warning sign.”

Article 41 of the Chinese Constitution guarantees the right of citizens to criticise and make complaints against State organs or officials for unlawful actions. The Chinese government has repeatedly said during its Universal Periodic Review that it respects and protects the fundamental freedom of human rights defenders, journalists and civil society actors, and accepted multiple recommendations to ensure a safe and enabling environment for them. In its latest report on its implementation of the International Covenant on Economic, Social and Cultural Rights, the Chinese government claims that it “encourages and supports the efforts of social organizations and individuals to play an active role in the protection of human rights.” China’s current National Human Rights Action Plan for 2016-2020 includes an entire chapter on ensuring citizens’ right to expression and to hold State authorities accountable for unlawful actions.

However, the persistent persecution of human rights defenders in China for their human rights advocacy underscores the Chinese government’s failure to uphold their human rights obligations and international commitment. The sentencing of Uyghur rights advocate Ilham Tohti to life imprisonment for promoting inter-ethnic understanding, and the jailing of Tibetan defender Tashi Wangchuk for asking the government to abide by its own laws guaranteeing ethnic languages rights are emblematic of the severe restrictions of civic space particularly for defenders belonging to minority groups. Many of the Han Chinese lawyers who defended both Ilham Tohti and Tashi Wangchuk have been disbarred, faced arbitrary detention and imprisonment, or gone into exile out of fear for their safety.

The increasingly restrictive legal framework governing foreign and domestic civil society organisations in China, and the on-going impunity for the waves of arbitrary detention, enforced disappearance, and ill-treatment of human rights lawyers and defenders since 2015 have further undermined the ability of defenders to play a role in preventing violations. As a result, the risk factors are allowed to fester unmitigated. The lack of press freedom and the prevalence of Islamophobic narratives and paternalistic portrayal of ethnic minorities in the heavily censored and state-controlled domestic media further exacerbate these risk factors and prevent human rights defenders from nurturing a plurality of views in society.

In 2018, the UN Committee on the Elimination of Racial Discrimination recommended that the Chinese government “ensure its laws and regulations...provide an open space for civil society, and specifically for non-governmental organizations working to combat racial discrimination”, and asked the government to provide data on the number of NGOs working on combating racism in China. In its November 2020 follow-up evaluation of the government’s progress in implementing this recommendation, the Committee found the government’s response “unsatisfactory”. The Committee expressed concerns that the “current legal framework for NGOs in China creates a restrictive environment that prevents NGOs from documenting and investigating violations” of the International Convention on the Elimination of All Forms of Racial Discrimination, and “that staff members of NGOs have been subjected to arbitrary detention, disappearances and torture.”

The UN Working Group on Arbitrary Detention has expressed concern that there is a “systemic problem of arbitrary detention in China”. It warned the government that “under certain circumstances, widespread or systematic imprisonment or other severe deprivation of liberty in violation of the rules of international law may constitute crimes against humanity.”

There are no indications the Chinese government is seriously contemplating ending and reforming its widespread and systematic repression of human rights defenders and other vulnerable groups. In its official responses to UPR recommendations in 2014 and 2018, the Chinese government said there is “no so-called issue of ‘suppressing human rights defenders’.” In March 2019, the Chinese government issued an official white paper defending its measures in Xinjiang as legitimate and necessary for “counter-terrorism” and “de-radicalisation” purposes. In a speech in September 2020, Chinese President Xi Jinping said the Communist Party’s Xinjiang policies are “completely correct” and demanded party officials to faithfully implement them over the long-run.

The Chinese government has aggressively pushed back against multiple statements of concern by UN experts and dozens of concerned governments on the situations in Xinjiang, Tibet and Hong Kong. It has not agreed to grant unfettered and meaningful access to the country, including Xinjiang and Tibet, for independent, international human rights investigators, including the UN Special Procedures.

Considering the gravity, persistence, and extent of gross rights violations throughout China, Front Line Defenders urges the Chinese government to take urgent measures to: ensure a safe and enabling environment in which human rights defenders are able to freely operate without fear of reprisals, especially those working to promote non-discrimination and minority rights, including by reviewing, amending and repealing any laws and policies that are misused to target human rights defenders and impede their activities; invite and fully cooperate with independent, international human rights experts so that they are guaranteed unfettered and unsupervised access to all regions of the country, ensure that human rights defenders can freely and safely engage with these experts, and commit in good faith to implement their recommendations; and immediately release Ilham Tohti, Tashi Wangchuk, and all other human rights defenders detained, imprisoned or subject to other forms of arbitrary detention solely for their human rights activities.

At the same time, in light of entrenched impunity for these violations and the lack of meaningful access to justice within China, Front Line Defenders reiterates its recommendations to the international community to urgently: convene a Special Session of the Human Rights Council to evaluate the range of violations by the Chinese government, including violations against human rights defenders; establish and adequately resource an impartial and independent UN mechanism to closely monitor, analyse, and report annually on that topic; and support the Secretary-General in appointing a Special Envoy on China, consistent with his Call to Action on Human Rights, and the High Commissioner for Human Rights to fulfill her independent mandate to monitor and publicly report on China’s widespread rights violations. 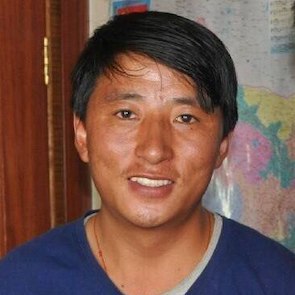