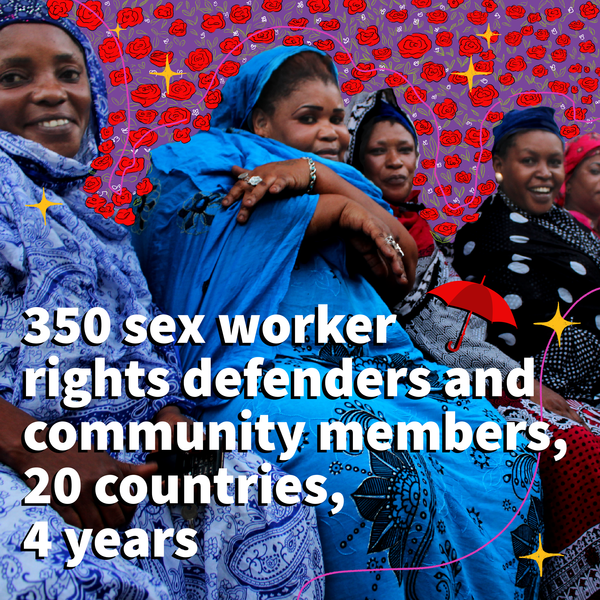 The upcoming report: documents threats and attacks against sex worker rights defenders occurring as a direct result of their activism; visibilizes their human rights work; and affirms their HRD status to support greater access to HRD protection services and mechanisms.

“On fact-finding missions in Tanzania, Kyrgyzstan, Myanmar and El Salvador, Front Line Defenders researchers spoke with hundreds of defenders and communities members about the risks, threats and protection needs of sex workers who become visible advocates for human rights. The report finds that a large majority of violence perpetrated against these HRDs is demonstrably in retaliation for their activism.” - Meerim Ilyas, Head of Protection, Front Line Defenders

"Sex worker rights defenders are at risk because they are defending the basic human rights of communities that are amongst the most marginalised in every society. And that means they must be an integral part of our core work." - Andrew Anderson, Executive Director, Front Line Defenders