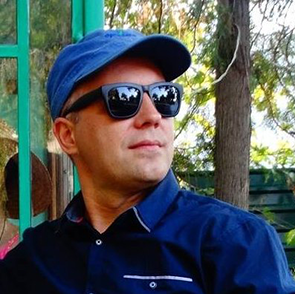 On 12 March 2022, Oleh Baturin's colleagues reported that he was scheduled to have a meeting with an acquaintance at a bus stop near his home in Kakhovka. The human rights defender's relative confirmed that he left their apartment, stating that he would be back in 20 minutes, yet he never returned and has been missing since. Local social media-based chats confirmed that the Russian military was spotted at the same bus stop, as the nearby city, Nova Kakhovka, is occupied by the Russian army, which is attempting to establish a military government in the area. Novy Den's webpage has remained inaccessible for days. Earlier this month, on 1 March 2022, Oleh Baturin announced on his Facebook page that Russian forces had interfered with the access to the website of his media outlet, Novy Den. The Institute of Mass Information in Ukraine also reported that journalists in the Kherson region have been receiving calls with threats from unknown individuals who appear to be members of the Russian military.

Front Line Defenders condemns Russia's invasion of Ukraine and calls upon the international community to recognise the critical role being played by human rights defenders in documenting human rights violations and supporting their communities and to ensure that the necessary support is provided to ensure their protection.