On 2 February 2013 human rights defenders Messr Mr Jasper Maposa and Nkosilathi Moyo were subjected to threats with the aim of forcing them to drop a complaint to the police. The human rights defenders had submitted the complaint on 31 January 2013, after a community meeting in the city of Kwekwe was stormed by hundreds of armed youths, reportedly affiliated to the ruling party ZANU PF. 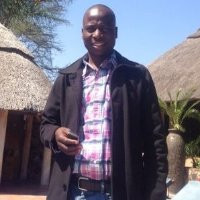 Jasper Maposa is the Programmes Manager of the Zimbabwe Organization For Youth In Politics (ZOYP) a community-based organisation that is located in Kwekwe.

On 2 February 2013 human rights defenders Messr Nkosilathi Moyo and Mr Jasper Maposa were subjected to threats with the aim of forcing them to drop a complaint to the police that was submitted on 31 January 2013 after a community meeting in the city of Kwekwe was stormed by hundreds of armed youths, reportedly affiliated to the ruling party ZANU PF.

Nkosilathi Moyo and Mr Jasper Maposa are the Director and Programmes Manager respectively of the Zimbabwe Organization For Youth In Politics (ZOYP) a community-based organisation that is located in Kwekwe.

The threats made to the men occurred on 2 February. At around 11am, Nkosilathi Moyo received a phone call from an unidentified number threatening him and Jasper Maposa in reference to the complaint made to the police. Later in the same day, around 3pm, Jasper Maposa received another call from an unidentified number, renewing earlier threats and saying he was “fighting a losing battle.”

The meeting organised by the group, whose violent disruption had led to these charges being made against the police, had been attended by approximately one hundred local residents. It had been organised by ZOYP and the Centre for Community Development in Zimbabwe CCDZ in Mbizo Youth Centre in Kwekwe to discuss developments in the drafting of the country's new Constitution, including the bill of rights, before the draft is put to a referendum.The meeting had been sanctioned by local police under the Public Order and Security Act.

Despite this offical sanction an armed group of hundreds of youths, reportedly affiliated to the ruling party ZANU PF and who identify themselves as Al Shabab were able to violently disrupt the meeting and threaten the participants.

The youths were reportedly transported to the venue by bus by the ZANU PF Chairman of Mbizo, and were dressed in overalls with President Mugabe's face at the back. Some also wore t-shirts with the face of the President. The youths carried heavy sticks and sang ZANU PF slogans and songs about President Mugabe, stating that whoever tries to question the President “will die like a dog”. Human rights newsletters, cameras and other items were stolen. Police did not intervene to ensure the safety of participants, who fled the meeting fearing for their lives.

Organisers of the meeting, Nkosilathi Moyo and Jasper Maposa were targeted and threatened with death by the youths, who told them that their human rights activism was an attempt to “change the regime” and that the ZANU PF-led government will eliminate them if they continued to organise similar meetings in Kwekwe.

Nkosilathi Moyo and Jasper Maposa are currently in hiding and have not been able to return to their regular activities as a result of threats issued by the youths to follow them home that have led them to fear for their safety. They subsequently submitted a complaint to police. To date, no investigation has been initiated by police regarding this complaint.

ZOYP has been subjected to previous acts of intimidation and harassment. One such example is a human rights defenders' youth meeting, which was organised by ZOYP and held in Kwekwe Theatre on 16 November 2011. Although the meeting had been permitted by police, police and ZANU PF youths reportedly disrupted the meeting and presented ZOYP Director Nkosilathi Moyo with a trumped-up charge of defaming the state.

Nkosilathi Moyo was subsequently sentenced to six months in prison. Furthermore, the offices of the organisation were raided in July 2011 and computers stolen. During the incident, Nkosilathi Moyo and Jasper Maposa were beaten and went into hiding. On 11 July 2011, a meeting organised with former US Ambassador to Zimbabwe, Mr Charles Ray, and young human rights defenders in Kwekwe was violently disrupted by Al Shabab, with the US envoy and ZOYP members fleeing for their lives.