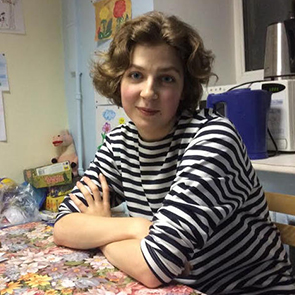 On 18 February 2016, five people, including a representative of the Department of Municipal Property of Moscow city, replaced the lock on the entrance door to the office of the Adaptation and Education Centre for Refugee Children, without presenting an official eviction order, and installed an alarm system inside of the office, thereby preventing employees of the Centre from accessing the premises.

The Adaptation and Education Centre for Refugee Children is a volunteer project of the human rights organisation the Civic Assistance Committee. Currently headed by the human rights defender Ms Olga Nikolaenko, the Centre was established in 1996 with the aim of helping refugee children to adapt to their new life in Russia. The Civic Assistance Committee works on a broader range of issues, providing legal and humanitarian assistance to refugees in Russia. On 20 April 2015, the Committee was enlisted as a 'foreign agent' by decision of the Ministry of Justice of Russia.

On 18 February 2016, the group of five people broke through the office door of the Adaptation and Education Centre for Refugee Children. When Olga Nikolaenko later arrived at the Centre, the men were replacing the door's lock and installing an alarm system inside the office. The representative of the Department of Municipal Property of Moscow city failed to present an official eviction order. Olga Nikolaenko was only permitted to enter the office to collect her personal computer. The rest of the Centre’s equipment, including documents, children's books and toys remained inside. Employees of the Centre have as yet had no further access to the premises. Representatives of the Centre intend to file a complaint with the Tver District Court of the city of Moscow arguing the illegality of their forced eviction from the office and requesting the return of all of their belongings.

The Centre uses the office based on a lease agreement signed between its representatives and the Department of Municipal Property of Moscow city. According to the agreement, its unilateral termination is possible, but can take place only through a court decision.

On 13 April 2015, the Adaptation and Education Centre for Refugee Children received a letter from the Department of Municipal Property of Moscow city, concerning the termination of the agreement on the lease on the office premises. According to the letter, the agreement would terminate on 13 July 2015 and from that date the Centre would have two weeks to vacate the premises. The Department did not provide any credible reasons for the agreement's termination, the timing of which coincided with the decision of the Ministry of Justice on the enlistment of the Civic Assistance Committee as a 'foreign agent'.

Neither employees of the Centre nor its representatives have ever been provided with a court decision on the agreement's termination, let alone on their forced eviction. In the absence of a court decision or notification of the possible forced eviction of the Centre from the occupied premises, its employees continued their work in the office, carefully maintaining their lease payment obligations.

For several months following the receipt of the notification, representatives of the Centre attempted to get in contact with officials from the Department of Municipal Property and other government agencies in order to convince them to leave the lease agreement in force. They also turned to the Prosecutor's Office which confirmed that the agreement may only be terminated following a court ruling.

Front Line Defenders believes that the forced eviction of the Adaptation and Education Centre for Refugee Children, a project of the Civic Assistance Committee, is directly linked to the peaceful and legitimate work of both the Centre and the Civic Assistance Committee in defence of refugee rights in Russia. Front Line Defenders reiterates its concern for the enactment of the "Foreign Agents law" and the significant negative impact that this law has on the work of human rights defenders in Russia.

1. Immediately and unconditionally remove all restrictions on the free access of employees and representatives of the Adaptation and Education Centre for Refugee Children to their office, as I believe that they have been set solely as a result of the organisation's legitimate and peaceful work in defence of human rights in Russia;

2. Repeal the Federal Law №121-FZ, “On Introducing Changes to Certain Pieces of Legislation of the Russian Federation as Regards Regulation of Activities of Non-Commercial Organisations Performing the Functions of Foreign Agents”;