Angola is a country which is rich in oil, but there are no effective measures to combat corruption and bad governance, and this results in most of the Angolan population living in extreme poverty.

On 11 November 2015 we celebrated the 40th anniversary of Angola's independence. Since independence we have had only two presidents. The first was António Agostinho Neto who ruled for approximately four years, and the second, José Eduardo dos Santos, has been in power for over 36 years. When I was born he had already been president for 5 years.

In order to cling to power, this president's guard killed Isaías Cassule and Alves Camolingue, two activists attempting to organise a demonstration in support of former military personnel in 2012. In 2013 his guards shot Hilbert Ganga, a political activist who disseminated flyers demanding justice for the two above-mentioned murdered activists.

President José Eduardo dos Santos has also created courts to legitimise his actions. For example, the presiding judge of the Constitutional Court is his personal lawyer. The following are some examples of how the courts act in favour of the president.

1. Marcos Mavungo, an activist that was arrested at the time of the demonstrations in the Province of Cabinda, was convicted.

2. The presidential guard who confessed in court to having killed Hilbert Ganga was released.

3. 15 activists were arrested and are currently being prosecuted under charges of organising a coup. After more than 182 days of detention in solitary confinement, these human rights defenders were then placed under house arrest.

4. Activist Mfulupinga Lando Victor was murdered and to date there have been no investigations conducted on his assassination.

Angolan street vendors, known as 'zungueiras' have been beaten and detained, journalists have been arrested and private residences of common citizens have been destroyed. Furthermore, activists have been threatened, repressed, imprisoned and killed and, finally, miners have been murdered.

The country is in a transitional phase, that is to say, either by the force of nature or by its own will, it will need to have a new president. The situation has been very tense, but we all maintain vigilant in our peaceful pursuit of change for the good of all Angolans.

I dedicate my work to issues related to the beating and detention of the 'zungueiras'; victims of arbitrary demolitions and land expropriations from disadvantaged citizens; and the repression, arrest and killing of human rights defenders, journalists, and miners.

I am also the victim of severe persecution by the Angolan government. In April and May 2015, my home was raided. I have been in receipt of constant death threats. On the first occasion, individuals entered and stayed at my house from 11pm until 3am the next morning. On the morning of 28 April, I reported the invasion at the Cazenga's police station. A day later, on 29 April, a similar situation occurred when individuals entered my home around midnight. This time the police arrived quickly and maintained surveillance on the house place until the following morning. On 1 May, some individuals entered my residence for the third time at approximately midnight and remained there for over an hour. Nothing was stolen from the house. Their aim was to intimidate and bring panic and anxiety to my life.

On 15 April, as I was returning from a trip to Brazil to promote my new book, I was stopped at the airport in Angola. I had roughly 300 copies of my book with me and I was held at the airport for three hours before being released and being allowed to retrieve my luggage. I am the co-author of the book 'Os Meandros das Manifestações em Angola - Volume 1'. The book gives account of the anti-government demonstrations that occurred in Angola in 2011 and early 2012, describing the different occasions when the security forces violently disrupted demonstrations and chased protesters.

On 21 March a group called Organised Youth for the Defence of Angola left a letter at my home threatening me. The letter said 'Koke Mukuta, you better change your neighbourhood, thug' (Koke Mukuta é melhor mudares de bairro, bandido) and 'You are not afraid, you should take care' (Você não tem medo, cuida-se).

I have been arrested on 11 occasions, all of which are due to my journalistic work covering sensitive, anti-government issues.

On 6 January 2013, I was beaten and detained for several hours by the police while undertaking a journalistic job in the outskirts of Luanda. I had been documenting the stories of zungueiras who had recently been the targets of brutal actions by the police.

On 20 September 2013, I was arrested by the Rapid Intervention Police officers along with several activists including the two well-known journalists Rafael Marques and Alexandre Solombe. We were covering the situation of young demonstrators who had been detained without any charge and subsequently released. The journalists were also detained, then tortured and later released without any charges.

Currently there are two criminal cases against me and I am on a black list of journalists, which also features Rafael Marques, William Tonet and Domingos da Cruz – other colleagues who continue to face constant prosecution. 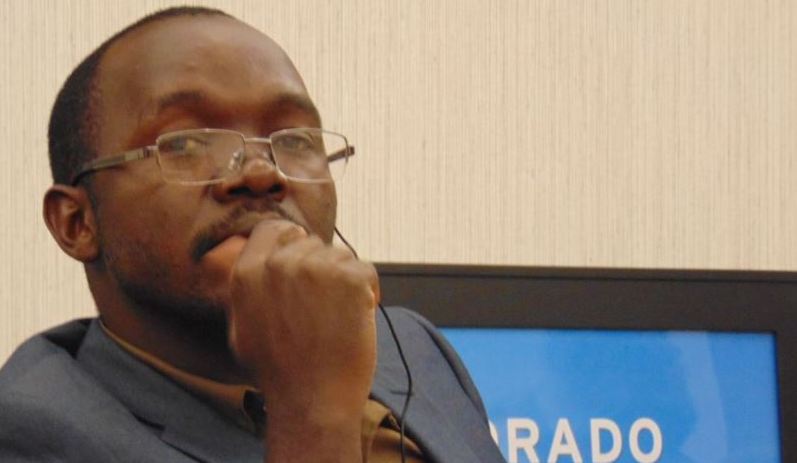