About Sid Yanyshev
Status:
At work
About the situation

On 21 July 2014, Tashkent City Court dismissed the appeal filed by the legal team of human rights defender and investigative journalist Mr Sid Yanyshev, upholding his conviction. On 28 June 2014, Sid Yanyshev was sentenced by Shaykhantakhursky District Court to a fine of 9,610,500 Uzbek Soms (approximately € 2,340) and the confiscation of his camera was ordered following an article he wrote about violations of property rights of Tashkent inhabitants whose houses had been demolished. 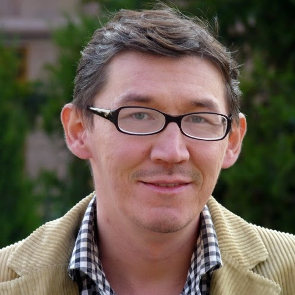 Said Abdurakhimov, who writes under the penname Sid Yanyshev, is an investigative journalist working in Uzbekistan. His work has covered violations of property rights of Tashkent inhabitants whose houses had been demolished by officials.

On 28 June 2014, Sid Yanyshev was sentenced by Shaykhantakhursky District Court to a fine of 9,610,500 Uzbek Soms (approximately € 2,340) and the confiscation of his camera was ordered following an article he wrote about violations of property rights of Tashkent inhabitants whose houses had been demolished.

On 10 July 2014, Sid Yanyshev appealed the ruling of Shaykhantakhursky District Court. His lawyer argued that Sid Yanyshev had exercised his right, as guaranteed by the Constitution of Uzbekistan, to seek and spread information and that his activities could not therefore be deemed to be illegal. His lawyer complained that Sid Yanushev had been notified about the hearing on 27 June 2014, the evening before the trial. Moreover, he was given only one hour to read all the materials of his case, which violates his right to prepare an adequate defence. Shaykhantakhursky District Court had not provided a Russian interpreter for the human rights defender and Sid Yanyshev was therefore unable to read the materials of his own case, which were all provided in Uzbek. Further, only two of five witnesses for the defence gave their testimonies in court.

Front Line Defenders is concerned by the decision of the Tashkent City Court to uphold the sentencing of human rights defender Sid Yanyshev, particularly in light of the violation of fair trial guarantees in his criminal trial, as raised by his lawyer during the appeal hearing on 10 July 2014.

On 28 June 2014, Shaykhanotursky district court of Tashkent condemned human rights defender and investigative journalist Mr Sid Yanyshev to a fine of 9,610,500 Uzbek sums (approximately 2,340 Euro) and to the confiscation of his camera, following an article he wrote about violations of property rights of Tashkent inhabitants whose houses have been demolished.

On 25 June 2014, Sid Yanyshev received a phone call from the Tashkent Department of the Ministry of Interior asking him to come for a 'meeting'. He refused to do so without official summons. Twenty minutes after the phone conversation, he received a summons to come on 26 June 2014. During the interrogation on that day, Sid Yanyshev was presented with a number of complaints reportedly written by a group of citizens about alleged journalist's interference in their relations with the city administration.

The complaints are related to the publication of an article on 25 May 2014 in which Sid Yanyshev reported that several inhabitants had seen their houses demolished without being offered adequate compensation, which is contrary to Article 17 of the Uzbek Law 'On protection of private property and of rights of owners'. Policemen informed the journalist that they were going to open a criminal case against him related to this publication, but they failed to provide him with information about legal reason for prosecution. The charges pending against him remained unknown at the time.

On 28 June 2014, Shaykhanotursky district court of Tashkent found Sid Yanyshev guilty of violation of Article 165 ('Engagement in activities without a license and other permits') and Article 184 ('Production or storage, for the purpose of distribution, of materials, which represent a threat to public safety and to social order'). He was condemned to the maximum fine and to the confiscation of his camera. Sid Yanyshev is going to appeal the court decision.

Front Line Defenders believes that the administrative conviction of Sid Yanyshev is directly related to his legitimate work as an independent journalist.