We, the indigenous populations and Afro-descendants of the Atlantic Coast of Nicaragua, have struggled for years for the recognition and title deeds to our territories.

Our rights have been recognised under national laws and some of our communities have obtained the legal titles to the territories. These efforts were made in order to comply with the directive of the Inter American Court of Human Rights in the case of the Mayangna (Sumo) Awas Tingni community vs the State of Nicaragua. The process of demarcation and titling consists of five steps for the recognition of the land rights of indigenous communities and Afro-descendants. The fifth step in this programme is called 'sanitation', which consists of the clarification of the rights of the indigenous communities in the face of 'third parties' or 'settlers', who are non-indigenous persons and who live on the territories.

Over the years, 'settlers' have illegally invaded the territories, accompanied by silence, inaction and, in some cases, the complicity of the Nicaraguan authorities. They have destroyed forests, damaged the environment and the traditional ways of life. This situation has created tensions and conflicts between the indigenous and Afro populations and the settlers. As leaders and human rights defenders, we have denounced the illegal invasions for many years to various authorities but these authorities have been negligent in attending to the complaints.

Presently the level of conflict has reached alarming proportions in more than 50 communities. Since 2014, my organisation CEJUDHCAN has documented at least 60 attacks by settlers with firearms against indigenous people and 24 indigenous people have died whilst defending their territories. The attacks have included kidnappings and the destruction of property. Entire communities have been forcibly displaced. The violence has been indiscriminate: affecting women, children and indigenous leaders, as well as human rights defenders. This situation led the Inter American Commission for Human Rights to order protective measures for four communities of Wangki Twi-Tasba Raya.

In recent months the violence against leaders has intensified. On at least one occasion, the Nicaraguan army directly attacked a vehicle in which three indigenous leaders, including the vice-president of the Wangki Twi-Tasba Raya community, were travelling. Settlers also attacked the communal house at Sukatpin, Twi Waupasa, during a meeting of indigenous leaders, killing one leader and injuring another. The violence has reached various indigenous communities in the territories and all are at a high level of risk. At the same time, the authorities criminalise and intimidate leaders who are defending the rights of their communities, removing them from their traditional office and, through popular election seeking to position groups allied to the authorities in the decision-making spaces.

As human rights defenders, we are at permanent risk as we continue to carry out our work. This assertion is based not only on the general violence in the region but also on concrete threats, defamation and harassment. We have received calls and text messages, threatening to kill us and our families. More seriously, two young leaders who act as volunteers within CEJUDHCAN were attacked and wounded with firearms. Unfortunately, the Nicaraguan authorities do not show an interest in nor take measures to protect us, which increases our vulnerability. We human rights defenders know that the situation in our communities needs, more than ever, our attention and constant work, and we are committed to our work; however, we are being forced to carry out our work in a constant state of danger and alarm. 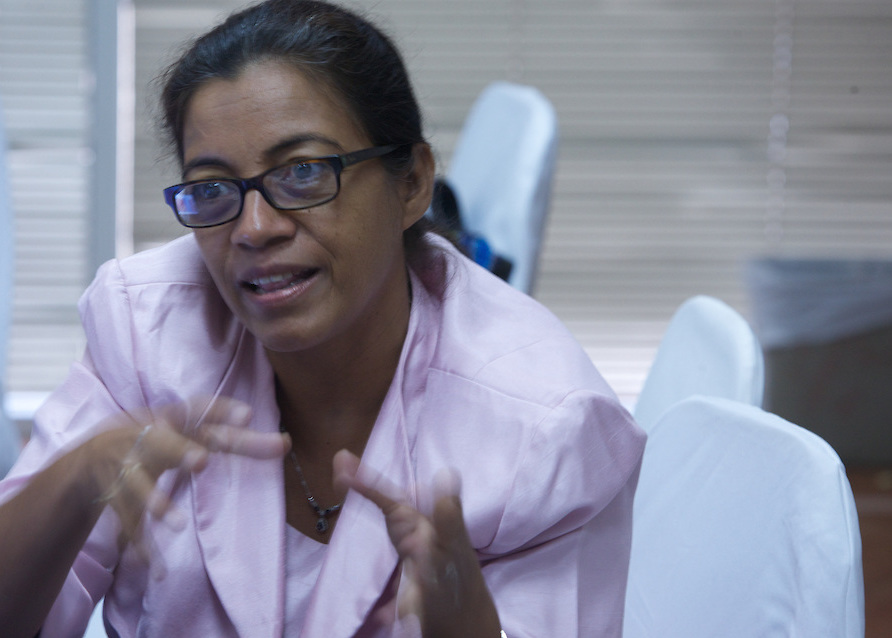