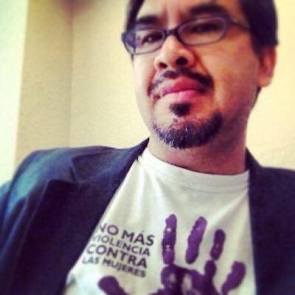 The Colectivo Fiscalía que Sirva Guanajuato (FQSG) is a group of activists, journalists and human rights defenders who monitor compliance with international law standards in the General Prosecutor’s Office’ work. It is part of the national collective, Fiscalia Que Sirva (FQS), which is comprised of 300 organisations and collectives from all over the country. FQS combats impunity in
México by proposing legal changes to improve the rule of law.

Colectivo por la Libertad de Expresión en Guanajuato is a group composed of more than 30 journalists and human rights defenders who promote the free exercise of journalism and the right to freedom of expression. The independent platform is present in several municipalities of Guanajuato. Formed in 2014, the Colectivo has participated in the process of approval of the Law for the Protection of Journalists and Human Rights Defenders in Guanajuato, in the drafting regulations, and is part of the State Protection Council, chaired by the Secretary of Government.

Since February 2019, Raymundo Sandoval is suffering an ongoing smear campaign on Twitter, characterised by targeted attacks from at least 20 anonymous accounts. On 26 April 2019, his Twitter account was taken control of and misused to send messages contradicting his human rights work. These attacks were described by Twitter as an "impersonation attack". At Raymundo Sandoval’s request, his Twitter account, through which he carries out most of his advocacy work, was cancelled.

In April 2019, other members of Colectivo por la Libertad de Expresión en Guanajuato, including Arnoldo Cuellas, Verónica Espinosa and Kennia Velázquez were also targeted through a smear campaign on social networks through a list called "Huachicoleros" (a term used to describe a person selling illegal fuel), which was created by a Twitter user with the aim of criminalising their work.

Front Line Defenders believes that the protection of human rights defenders and journalists is essential given the current context of attacks, which it believes will intensify this week as a result of a hearing scheduled for 29 August 2019, in which FQS seeks to appeal the appointment of the General Prosecutor of the state of Guanajuato on grounds of a lack of participation of civil society and academia in the process.

It also believes that it is of utmost importance to recognise and protect the work of human rights defenders and journalists in Guanajuato, as they carry out the fundamental task of informing the population.