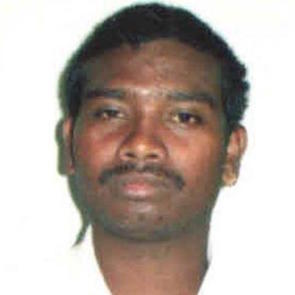 Santosh Yadav is a human rights defender and journalist who gathers information on human rights abuses for a number of Hindi newspapers. He is based in South Bastar, a rural district in Central India, which is known for its clashes between rebels and state authorities. Santosh Yadav has been repeatedly targeted by local authorities for his close work with villagers, and falsely accused of connections to the radical and violent movement linked to the Communist party, known as Maoists or Naxals.

On 3 October 2015, the Special Court of the National Investigation Agency in Jagdalpur decided to send the human rights journalist to judicial custody following his police remand detention since 29 September. On 1 October, when the original three days remand detention was supposed to end, the police requested to prolong his remand for another three days. According to his lawyer, he was physically abused while in remand, but was too frightened to inform the Court about it.

The judicial remand period, compared to police remand, could last for several months, until his charges are formalised and presented by the Court. Until then he will be presented before the Court every 15 days. The next hearing is scheduled for 20 October.

Santosh Yadav is accused of partaking in an encounter on 21 August 2015, along with other 18 villagers, who are currently imprisoned. The concerned encounter, which police believe is linked to Maoists, took place during a road-opening operation by the security forces in which a Special Police Officer was killed. The human rights journalist is charged under numerous acts, including the Indian Penal Code, the Arms Act, the Unlawful Activities Prevention Act, and the Chhattisgarh Public Security Act (CPSA), which makes it very difficult to obtain bail.

On 24 June 2015, he was summoned to the local police station in Bastar, where he was informed that an arrest warrant was issued against him. The police took him to a prison cell, stripped him naked and prepared to beat him. They only stopped when the human rights defender threatened to inform someone of this incident.

This was not the first incident of police harassment that the human rights journalist has faced. The harassment began after he reported on an incident of Naxal violence, the Jheeram Ghati incident in which a number of Congress leaders had been killed. Santosh Yadav was one of the first reporters to reach the place of the incident and the police explained his early arrival at the site was due to his collaboration with the Naxals.