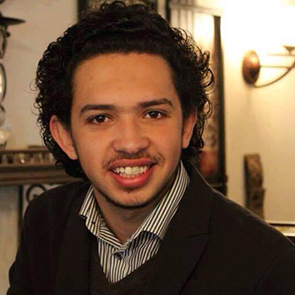 Around midnight of 19-20 September 2014, gunmen assassinated human rights defenders Messrs Tawfik Bensaud and Sami ElKawafi while they were driving near Al-Kish in Benghazi.

Tawfik Bensaud was an eighteen year-old youth activist and blogger. Sami ElKawafi was a seventeen-year old youth activist. Both human rights defenders campaigned for peace and democracy in Libya and publicly stood against the bombings and killings.

Reportedly, Tawfik Bensaud was driving his car late on 19 September 2014, accompanied by Sami ElKawafi and a third person. At around midnight, three cars approached, surrounded his car from different directions, and began to open fire on the young men inside. Tawfik Bensaud and Sami ElKawafi were killed in the attack.

Few days before, the youth activists had gathered to discuss crisis management in Libya and the role of the youth. Tawfik Bensaud had expressed to the media that “a military movement alone cannot solve the crisis; there must a civil movement that works parallel to it. If young people are given a chance, they can find a peaceful solution. My message to Libya's youth is, you are powerful and you can make change. You just need to take the opportunity and act.”

Front Line Defenders believes that the assassination of Tawfik Bensaud and Sami ElKawafi may belinked to their legitimate human rights work, particularly their recent campaign for democratic and peaceful civic participation in Libya. Front Line Defenders also believes that their murders are part of a continuous pattern of killings of civil society leaders in Benghazi and across Libya.