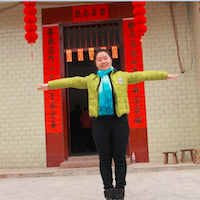 All of the above-mentioned individuals are workers rights defenders.

All five have been active in the province's labour rights movement, have organised workers and negotiated with employers on their behalves.

On 3 December Zeng Feiyang and Zhu Xiaomei were detained by police in Biyun district, Guangzhou on suspicion of 'gathering a crowd to disturb social order'. Zhu Xiaomei was taken away following a raid on her house. That same day, He Xiaobo was reportedly detained on allegations of 'embezzlement'. His home was then searched and a number of electronic devices and materials were confiscated. Peng Jiayong and Deng Xiaoming were also detained on 3 December although it is unclear on what grounds they are being held. It has been reported that all five have been denied access to lawyers. Zeng Feiyang and Zhu Xiaomei are being held in Guangzhou Number One Detention Centre in Baiyun district, while He Xiaobo is being held in Nanhai district. It is unknown where Peng Jiayong and Deng Xiaoming are detained.

This latest crackdown on workers' rights NGOs follows a sustained campaign against human rights defenders and civil society in China since the beginning of the summer. Front Line Defenders expresses its grave concern at the detentions of Zeng Feiyang, He Xiaobo, Peng Jiayong, Deng Xiaoming and Zhu Xiaomei, and believes the detentions are solely as a result of their peaceful and legitimate activities in defence of workers' rights.