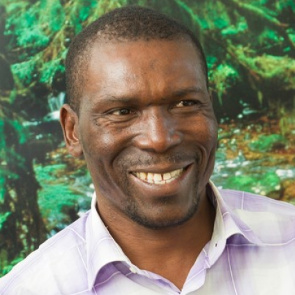 On 21 January 2016, the Court of First Instance of Mundemba sentenced environmental rights defender Mr Nasako Besingi to either pay a fine of 344,400 CFA Francs (approximately €524) or serve one year imprisonment.

This is the second time in the past three months that the human rights defender has been sentenced in connection with his peaceful human rights work in Cameroon.

Nasako Besingi has been leading his community in the protests against the development of palm oil plantations by the American agribusiness company Herakles Farms. In 2013, the company was given authorisation to operate in protected areas and territories occupied both currently and historically by local communities. Prior to this, the company had conducted palm oil activities in Herakles for almost three years without the necessary land lease required by Cameroonian law.

The human rights defender was convicted on 21 January 2016, on charges of conducting unlawful assemblies, and organising and inciting protests. The charges were based on allegations made against him by Herakles Farms in November 2014, following a demonstration organised by Nasako Besingi, in which he distributed t-shirts displaying the quote “No plantation on our land. Herakles farms out!”.