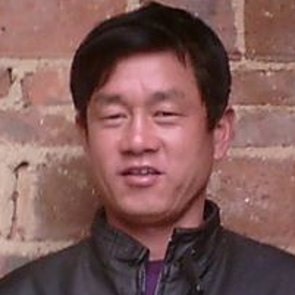 On 30 March 2016, human rights defender Mr Yin Weihe was sentenced to three years in prison by a court in Hunan province for 'picking quarrels and provoking trouble'.

Yin Weihe is a human rights defender who has called on the government to introduce political reforms, campaigned against corruption and attempted to draw attention to the government crackdown and killing of protesters in 1989.

On the afternoon of 30 March 2016, Yin Weihe was sentenced to three years' imprisonment by Xiangxiang City court in Hunan. The human rights defender was initially detained on 4 December 2015. It is believed that his detention and subsequent sentencing are as a result of his continued efforts to assist petitioners to seek justice and to highlight human rights abuses online. Petitioners in China are those who petition higher authorities for redress of local grievances after local authorities have ignored their requests for justice. They are often met with violence, illegal detentions and forced return to their homes.

Yin Weihe has previously been detained on a number of occasions because of his human rights work. On 7 September 2013, he was detained by police in Xiangxiang City on charges of 'disturbing public order' after naming police officers online who had allegedly received bribes. He had also called for a commemoration of those who were killed by the army in the 1989 crackdown on protesters and demanded that the government compensate human rights defenders who had been arrested for taking part in peaceful assemblies. At that time, he was given 20 days' administrative detention but on the day he was due to be released, he was charged with 'picking quarrels and provoking trouble' and was held in custody for over a year until 25 October 2014, when he was released on bail.

In 2012, Yin Weihe was arrested and sentenced to seven months in prison on charges of 'arson'' and 'sabotaging electrical equipment'. The charges were reportedly brought against him in retaliation for his organisation of a petition calling on the government to introduce political reforms. He circulated the petition online after then-Chinese Prime Minister, Wen Jiabo, highlighted the need for political change at an annual Chinese Communist Party conference in Beijing.

I express concern for the sentencing of Yin Weihe as I believe this to be a direct response to his peaceful and legitimate human rights work, and in particular his efforts to highlight human rights abuses online.

1. Immediately and unconditionally quash the sentence against Yin Weihe, and release the human rights defender as I believe that he is being held solely as a result of his legitimate and peaceful work in the defence of human rights;