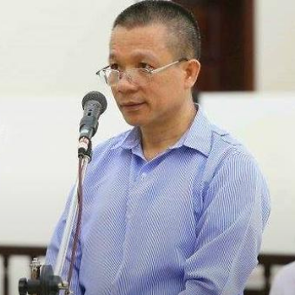 On 10 July 2018, the Hanoi Higher People’s Court upheld the sentences of Vũ Quang Thuận, Nguyễn Văn Điển, and Trần Hoàng Phúc. The defenders were sentenced to a cumulative 20 years and six months in prison, and 13 years of probation or house arrest, having been found guilty of “conducting anti-state propaganda” by the People’s Court of Hanoi in January 2018.

Trần Hoàng Phúc is a law student and the Founder/President of the Vietnamese Students for Human Rights Association. In 2016, he supported campaigns for stronger environmental rights protections and proper compensation for victims of the 2016 Formosa pollution catastrophe in central Vietnam.

On 1 March 2017, Vũ Quang Thuận and Nguyễn Văn Điển uploaded a video series entitled “Guide to Lawful Protest”. This video series is believed to have been the motivation for their arrest two days later, on 3 March 2017.

On 29 June 2017, five police officers arrived at Trần Hoàng Phúc’s apartment without a warrant. According to local activists, the police then drove the defender to an unknown location. Trần Hoàng Phúc was tried with Vũ Quang Thuận and Nguyễn Văn Điển on 31 January 2018.

According to the indictment, Vũ Quang Thuận received an eight-year prison sentence, followed by five years of house arrest for posting video clips on the Internet and “possessing materials with anti-socialist state content”. Nguyễn Văn Điển received six and a half years’ imprisonment with four years of house arrest under the same charges. Trần Hoàng Phúc was sentenced to six years’ imprisonment, to be followed by four years of probation for assisting in the storage of materials and the sharing of three video clips. Citing insufficient technological capacity, the court refused to allow any of the video clips to be aired during the trial. Instead, the Court based its evaluation of the clips, and therefore the defenders’ guilt, on statements by Vietnam’s Ministry of Information and Communication.

Trần Hoàng Phúc, who suffers from Hepatitis C, has been denied the ability to receive medication from his family, who have not seen him since his detention in June 2017. Nguyễn Văn Điển, who is suffering from gastric distress, has not been allowed to receive healthier food sent by his family to the prison.

I believe that the indictments and convictions against Vũ Quang Thuận, Nguyễn Văn Điển, and Trần Hoàng Phúc are an attempt to silence their voices and disrupt their work promoting democratic reform and propagation of human rights in Vietnam. I request Vietnamese authorities to release the defenders and quash the illegitimate convictions against them.

2. Ensure that the treatment of the defenders, while in detention, adheres to the conditions set out in the ‘Body of Principles for the Protection of All Persons under Any Form of Detention or Imprisonment', adopted by UN General Assembly resolution 43/173 of 9 December 1988, and guarantee their health and well-being;