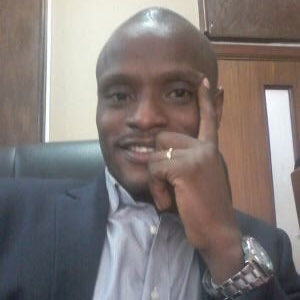 On 25 February 2018, human rights defender Rossy Tshimanga Mukendi was killed as police open fire on demonstrators in and outside Saint-Benoît Catholic Church in Kinshasa. Police also fired tear gas to disperse the demonstrators.

On 25 February 2018, Rossy Tshimanga Mukendi was shot dead while he was helping protestors enter the Saint-Benoît Catholic Church to take refuge from the police. The brother of the defender, who was present at the scene, stated that Rossy Tshimanga Mukendi was shot in the chest at close range by the police. He was taken to Saint Joseph Hospital in Kinshasa where he died. The police claimed there were no casualties.

Rossy Tshimanga Munkendi’s brother, also a member of the Mouvement Citoyen Collectif 2016, has been receiving unidentified calls from people threatening and intimidating him to stop making defamatory statements against the police regarding the death of his brother. He is currently in hiding for fear of reprisals.

The nationwide protests on 25 February were called by the Lay Committee of Coordination - Comité Laïc de Coordination (CLC) of the Catholic Church, a group of Catholic activists who are demanding respect for the constitution and in particular, the constitutional limit to the number of presidential mandates. This was the 3rd protest organised in less than two months.

Since July 2017, Front Line Defenders has documented a number of cases of judicial harassment against pro democracy movements such as LUCHA and Filimbi as civil society has increased its advocacy calling for respect of the constitution. Recently there have been reports of harassment and smear campaigns against the members of the CLC and their families. In January 2018, an arrest warrant was issued against five of the eight members of the Committee.

I condemn the killing of Rossy Tshimanga Mukendi, as I believe he has been targeted for the legitimate exercise of freedom of peaceful assembly and association. Furthermore, I condemn the continued detention of both LUCHA and Filimbi members in relation to the pro-democracy protests in December 2017 and January 2018 and the continued harassment of members of the CLC.

1. Strongly and immediately condemn the killing of Rossy Tshimanga Mukendi;

2. Carry out an immediate, thorough and impartial investigation into the killing of Rossy Tshimanga Mukendi, with a view to publishing the results and bringing those responsible to justice in accordance with international standards;

3. Immediately and unconditionally release all members of LUCHA and Filimbi arrested in relation to the protests in December 2017 and January 2018 as Front Line Defenders believes that they are being held solely as a result of their legitimate and peaceful work in the defence of human rights

4. Guarantee in all circumstances that human rights defenders in DRC are able to carry out their legitimate human rights activities without fear of reprisals and free of all restrictions.