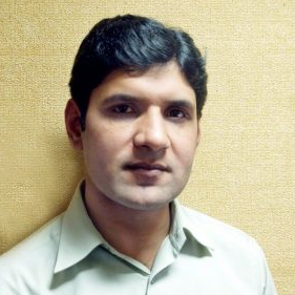 On 9 June 2017, human rights defender, Rana Tanveer, was riding his motorcycle to a meeting with family members in Lahore when he was deliberately rammed from behind by a car. He sustained a fracture to his leg and was immediately taken to a hospital where he underwent surgery. He was discharged from the hospital and returned home on 13 June 2017. Rana Tanveer and his family had just relocated to a safe house after death threats were spray-painted on the defender’s door in Lahore on 30 May 2017.

Rana Tanveer is a human rights defender and a journalist for the Express Tribune in Lahore, Punjab. This English-language newspaper has been targeted on several occasions over its coverage of the problems facing religious minorities in Pakistan. As a chief reporter, Rana Tanveer has extensively covered violence and persecution against minorities, especially the Ahmadi minority, who are often targeted by religious groups without any reaction from the authorities, sometimes with the backing of the state.

On 9 June 2017, Rana Tanveer was injured in a hit and run incident as he was riding his motorcycle to meet with family members in Lahore. His leg was fractured and he had to undergo surgery. On 10 June 2017, a murder attempt FIR – First Information Report, the initial documentation of a criminal act – was registered related to the death threats received by Rana Tanveer and the hit and run. The human rights defender was discharged from hospital and returned home on 13 June 2017.

On 30 May 2017, Rana Tanveer discovered that the house he rented in Garhi Shahu town, Lahore city, had been vandalised with a threatening message painted on his door, reading “Qadiani supporter Rana Tanveer is an unbeliever who deserves to be killed.” “Qadiani” is a derogatory term for Ahmadi Muslims. His landlord subsequently asked Rana Tanveer and his family to leave, and they relocated to a safe house. The next day, an unidentified man on a motorbike was seen loitering in the street where Rana lived and sped away when the defender’s former landlord went to confront him. The police in Lahore first refused to register a FIR, claiming it would merely further endanger Rana Tanveer, and that the man on the motorbike probably was not a suspect.

Rana Tanveer’s landlord had previously received calls from an unknown number asking him about the defender’s whereabouts and advising him to evict the defender and his family, saying that he was an “enemy of Islam.” In 2013, Rana Tanveer also received a threatening letter sent to his office, which called him an apostate and accused him of favouring Ahmadis and Christians. It stated that Tanveer should seek forgiveness from God and if he continued his practice, he would be killed.

Pakistan’s record of impunity has emboldened hostile actors and fostered an increasingly violent climate for human rights defenders, who face high risks including killing, arbitrary arrest, abduction, surveillance, threats and judicial harassment. Human rights defenders working on religious freedom and minority rights have been targeted by both religious groups and law enforcement agencies and Pakistan remains one of the most dangerous countries for journalists.

I strongly condemn the attempted killing of Rana Tanveer which I believe was solely motivated by his legitimate and peaceful activities in the defence of religious minority rights in Pakistan.

1. Carry out an immediate, thorough and impartial investigation into the death threats against and the attempted killing of Rana Tanveer, with a view to publishing the results and bringing those responsible to justice in accordance with international standards;

2. Take all necessary measures to guarantee the physical and psychological integrity and security of Rana Tanveer as well as of the members of his family;

3. Investigate reports of death threats and other forms of intimidation against human rights defenders and journalists, and adopt immediate measures to ensure their protection;