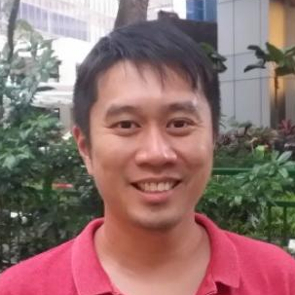 On 17 July 2018, Singapore’s High Court heard the first proceedings against human rights defender Jolovan Wham over charges brought against him by the Attorney-General’s Chambers (AGC). He is charged with scandalising the Court under the Administration of Justice (Protection) Act.

Jolovan Wham is a human rights defender and advocate for migrant workers’ rights, campaigning against modern slavery in Singapore. He has also spoken out to defend LGBTI rights and has worked with other members of civil society to highlight issues related to freedom of opinion and expression and freedom of assembly.

On April 27, Jolovan Wham shared a link to a news story detailing a constitutional challenge against the Anti-Fake News Act in Malaysia, commenting that “Malaysian judges are more independent than Singapore’s in cases with political implications” and that it would be “interesting to see” how the case fared. Soon after, the AGC initiated a contempt of court charge against him for violating Section 3(1)(a) of the Administration of Justice (Protection) Act. The AGC argued that Jolovan Wham’s post “imputes improper motives to or impugns the integrity, the propriety of impartiality of any courts, and poses a risk that public confidence in the administration of justice would be undermined”. Alarmingly, the AGC added that it is “not necessary to prove that Wham had an intention to undermine public confidence in the administration of justice”.

During the hearing, the AGC’s Senior State Counsel reiterated the accusation, arguing that Jolovan Wham had no “conceivable reason” to question the independence of Singapore’s Judiciary. If found guilty, he could face a fine of 100,000 Singaporean Dollar (USD 73,394) and/or a prison sentence of up to three years.

This is the first case to go to court since the enactment of the Administration of Justice (Protection) Act in October 2017. This version of the Act significantly lowers the standard of proof for the engagement of the Act from “real risk” to “risk”, putting human rights defenders and the general public in danger of judicial harassment.

This is not the first time Jolovan Wham has been targeted by the AGC. On 29 November 2017, Jolovan Wham was charged with seven offences by the Attorney-General’s Chambers under the Public Order Act, for exercising his right to peaceful assembly by organising a candlelit vigil, a silent protest, and an indoor gathering to discuss civil disobedience and democracy movements.

I condemn the repeated judicial harassment of human rights defender Jolovan Wham, which I believe is solely motivated by his human rights activities as well as the peaceful and legitimate exercise of his right to freedom of peaceful assembly and expression.

I urge the authorities in Singapore to:

1. Immediately close the investigation and drop all charges against Jolovan Wham, as it is believed that this is solely motivated by his legitimate and peaceful work in defence of human rights and his criticism of the judicial system;

2. Review its existing legislation with a view to lifting undue restrictions on freedom of expression;

3. Guarantee in all circumstances that all human rights defenders in Singapore are able to carry out their legitimate human rights activities without fear of reprisals and free of all restrictions, including judicial harassment.