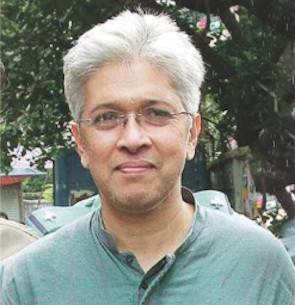 On 20 July 2017, Bangladeshi human rights defender Adilur Rahman Khan was arrested upon his arrival at Kuala Lumpur International Airport, as he attempted to enter Malaysia in order to attend a conference on “The abolition of the death penalty in Malaysia and the Asia-Pacific”. He was detained within the airport for most of the day and was not allowed to meet with a lawyer. No reason was given for his detention. He was forced to board a flight to Bangladesh in the evening.

On 20 July 2017, at around 4am, Adilur Rahman Khan was detained by immigration officers after he landed in Kuala Lumpur International Airport. He was due to attend and speak at a conference organised by the Anti-Death Penalty Asia Network (ADPAN) from 21 to 22 July 2017 in Kuala Lumpur. Adilur Rahman Khan was held in the airport for 16 hours without an access to a lawyer, during which time he was questioned. The human rights defender was forced to board a flight back to Bangladesh at 8pm the same day.

On 18 June 2017, Singaporean human rights defender Han Hui Hui was similarly prevented from entering Malaysia as she was travelling to Kuala Lumpur International Airport to attend a human rights event. After being detained for four hours and interrogated by airport officers, she was subsequently forced to return to Singapore. Malaysian authorities have denied several human rights defenders and activists entry into the country in the past, without given explanation, in a clear attempt to prevent discourse on human rights and democracy.

Adilur Rahman Khan has been facing judicial harassment from the Bangladeshi authorities since 2013, when he and Nasiruddin Elan, the director of Odhikar, were charged with “publishing false images and information” and “disrupting the law and order situation of the country” under the controversial Information and Communications Technology Act of 2006.

I condemn the denial of entry of human rights defender Adilur Rahman Khan, which I believe is solely motivated by his peaceful and legitimate work for human rights in Asia.