It is with grave concern and deep sadness that Front Line Defenders has learned of the death of human rights defender Baktash Abtin from COVID-19 complications on Saturday 8 January 2021, resulting from the intentional neglect of the Iranian government. Front Line Defenders believes that the government bears responsibility for Baktash Abtin’s death, as his access to appropriate treatment and medical leave was delayed after he contracted COVID-19 in Evin prison. Front Line Defenders holds the Iranian authorities responsible for this preventable death and extends condolences to his family and the human rights community in Iran.

Baktash Abtin was a human rights defender, film director and a member of the Iranian Writers’ Association (IWA), which aims to promote freedom of speech and denounce censorship in Iran, and he had published numerous books on history, sociology and literary criticism. On 15 May 2019, Branch 28 of Tehran Revolutionary Court sentenced Baktash Abtin to five years’ imprisonment on charges of “illegal assembly and collusion against national security” and one year for “spreading propaganda against the state”, in relation to his joint authorship of a book on the history of the IWA, which has been critical of successive Iranian governments for decades, as well as for visiting the graves of dissident poets and writers. He began serving his six-year sentence on 26 September 2020, when an earlier wave of the pandemic was ravaging Iranian prisons.

On 8 January 2022, the human rights defender Baktash Abtin died in Sasan hospital, in Tehran. He was put into a medically-induced coma on 1 January 2022, in response to his most recent COVID-19 infection. According to a statement issued by the Iranian Writers Association (IWA), Baktash Abtin was not transferred to a hospital for ten days, despite the rapid deterioration of his health condition. He was further denied proper medical care or access visits by his family during his initial hospitalization at Taleghani hospital.

On 3 December 2021, Baktash Abtin displayed severe COVID-19 symptoms. He stayed between the ward and the Evin clinic, until he was transferred to Taleghani hospital on the night of 6 December 2021. His family became aware of the transfer only two days later through his fellow inmates. Prison authorities continued to refrain from providing any information to his family about his whereabouts. He was shackled to a bed during treatment in Taleghani hospital and was moved to an intensive care two days later, on 8 December 2021. On 13 December 2021, he was granted a medical furlough to continue his treatment under the supervision of the doctors assigned by his family. However, according to IWA and his family, it was already too late.

Front Line Defenders calls on the Iranian government to carry out an immediate, thorough and impartial investigation into the death of Baktash Abtin with a view to publishing the results and bringing those responsible to justice. It reiterates its earlier joint call on timely access to the best possible medical care, as well as unconditional release of all detained human rights defenders. Furthermore, it urges the Iranian authorities to refrain from summoning and sentencing human rights defenders while Iranian prisons conditions remain unsafe, and insists that whoever contracts COVID-19 or other serious illnesses while in jail are granted speedy access to medical care or a medical parole on humanitarian grounds. 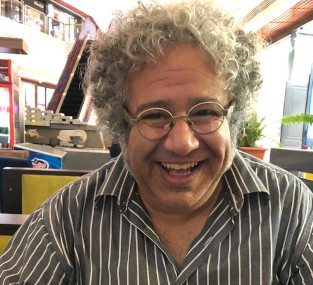