Sobre Héctor Maseda Guitiérrez
Estatus:
At work
About the situation 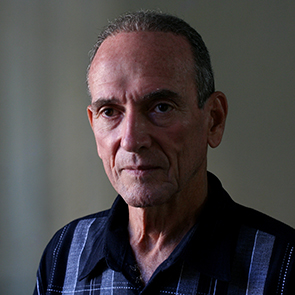 Héctor Maseda Gutiérrez is a journalist and pro-democracy activist, and the husband of Ms Laura Pollán, a leader in the Las Damas de Blanco (Ladies in White), a human rights organisation which advocates for the liberation of political prisoners.

Héctor Maseda Gutiérrez is a journalist and pro-democracy activist, and the husband of Ms Laura Pollán, a leader in the Las Damas de Blanco (Ladies in White), a human rights organisation which advocates for the liberation of political prisoners. Ángel Moya Acosta is a member of the Movimiento Opción Alternativa (Alternative Option Movement) and the husband of Ms Bertha de los Ángeles Soler Acosta, a prominent figure in Las Damas de Blanco.

It is reported that on 12 February 2011, Héctor Maseda Gutiérrez and Ángel Moya Acosta were forcibly expelled from prison, having initially refused to leave until various conditions were met.

The decision to release Héctor Maseda Gutiérrez was announced on 11 February 2011; however, he refused to leave, reportedly stating that he wanted to be exonerated or pardoned, rather than merely granted parole. Plans to release Ángel Moya Acosta were announced over a week ago, but he had similarly refused to leave until the remaining prisoners from their group who had medical complaints were set free first. The authorities, however, eventually forced both human rights defenders to leave the prison against their will.

On 4 February 2011, human rights defender Mr Guido Sigler Amaya, also a member of Movimiento Opción Alternativa based in the Matanzas Province of north-western Cuba, had been released from detention. Front Line welcomed his release in an appeal issued on 11 February.

Héctor Maseda Gutiérrez, Ángel Moya Acosta and Guido Sigler Amaya are the latest of a group of 52 human rights defenders and political activists which the Cuban authorities agreed to release in July 2010 following talks between President Raúl Castro and representatives of the Roman Catholic Church.

Forty-one of these were released in the weeks subsequent to the decision, forty of whom went into exile in Spain. Héctor Maseda Gutiérrez, Ángel Moya and Guido Sigler Amaya have refused to do so. A further eight human rights defenders and political activists from among this group remain imprisoned.

The three human rights defenders were among some 75 individuals arrested as part of a crackdown on human rights defenders and political activists in March 2003. It has been alleged that many of the subsequent trials were rushed, and fair trial guarantees were not observed; all three defenders were sentenced to 20 years in prison as a result of their activities. Las Damas de Blanco began their activities in response to this campaign of arrests and judicial harassment, known as “la Primavera Negra” (the Black Spring).