Sobre FNLS
Estatus:
At work
About the situation 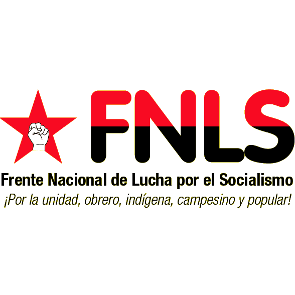 On 7 November 2015 at 7:20am, human rights defenders Matías Flores, Jesús Hernández Reyes and Rubicél Hernández García were shot at by an armed plain-clothes man inside a black vehicle. The aggressor shouted that this was a result of “spreading gossip” (“por andar de chismosos”). Rubicél Hernández received a gun shot in the chest, Matías Flores in the stomach and Jesús Hernández in the leg. The three defenders were part of the Mexico City Commission of the FNLS that denounced the extra-judicial killing of Hector Santiz Lopez on 29 September 2015, and that highlighted the situation faced by the Campesino Organization Emiliano Zapata for the National Front for Socialism (OCEZ-FNLS) and the Ejido El Carrizal, a communal land where several of the OCEZ-FNLS are located in Chiapas, Mexico.

Since 2013, community leader Mr. Ramiro Sántiz López, from OCEZ-FNLS, El Carrizal, has been receiving death threats, allegedly by the paramilitary group “Los Petules” based in the region. On 29 September 2015, indigenous human rights defender Héctor Sántiz López, son of Ramiro Santiz Lopez, was shot dead while on his way with 150 other members of the OCEZ-FNLS to another community. Only 3 days before, on 26 September 2015, Emilio Morales Díaz (Ramiro Santiz Lopez's son-in-law) was shot in the face while walking home at midday. This two incidents followed the detention and torture of Ramiro's grandson on 17 January 2015. Since 29 September 2015, “Los Petules” has established a blockade close to El Carrizal, in what the FNLS believe is an attempt to identify the human rights defender Ramiro Santiz Lopez and his closest relatives.

Members of OCEZ-FNLS have attempted to file complaints of the attacks against them. The public prosecutor, however, has failed to receive any of them and, on one occasion the human rights defenders saw their aggressor at the office of the public prosecutor. Since the establishment of the blockade and due to the lack of support by local authorities, it has become more difficult for members of the OCEZ-FNLS to seek justice. On November 02, the Mexico City Commission of the FNLS begandenouncing the situation in El Carrizal, Chiapas. After the three attempted killings, the Commission has decided to relaunch their activities on 16 November 2015.

Front Line Defenders is gravely concerned for the security of FNLS members as well as their supporters in Mexico City, such as the Comite Cerezo Mexico. Further concern is expressed at the killings and attempted killings of human rights defenders in Chiapas and Mexico City, and the continuous acts of violence committed against community leaders from El Carrizal and the apparent omission of local authorities to receive the complaints and carry out investigations.