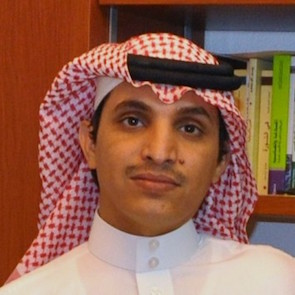 On 25 June 2014, Riyadh Criminal Court ordered one year's imprisonment of Fowzan Al-Harbi, with a further six-years prison sentence suspended and a ban from travelling outside Saudi Arabia until 2021. The charges facing Fowzan Al-Harbi had included "inciting disobedience of the ruler by calling for demonstrations", "accusing the judiciary of being incapable of delivering justice", “co-founding an unlicensed organisation”, and “inciting public opinion against the authorities”. The full sentence was suspended on condition that he refrain from speaking out against Saudi authorities, “mixing with people”, and “using all social media platforms under his name or under another name”. If he breaches these conditions upon his release after one year in prison, Fowzan Al-Harbi will serve the full term of seven years' imprisonment. The human rights defender signed a declaration pledging to abide by the Riyadh Criminal Court's decision until such time as his appeal is allowed or the decision is overturned by a higher court. Fowzan Al-Harbi was released from detention on 24 June 2014, one day before the suspended sentence was handed down.

Fowzan Al-Harbi's trial began on 4 December 2013. He was detained after his second hearing before the Criminal Court in Riyadh on 26 December 2013, although the arrest order issued by the judge failed to give adequate reasons for his detention. Front Line Defenders had issued an Urgent Appeal on 28 May 2012 after a travel ban prevented Fowzan Al-Harbi from attending a human rights conference in Geneva.

Front Line Defenders expresses its concern at the sentencing of Fowzan Al-Harbi, which is solely related to his peaceful and legitimate exercise of his internationally-protected rights, and is part of an ongoing campaign of harassment against members of ACPRA carrying out human rights activities in Saudi Arabia.

1. Immediately quash the conviction of human rights defender Fowzan Al-Harbi and effect his immediate and unconditional release, as he has been sentenced solely as a result of his legitimate and peaceful human rights work;

2. Lift the travel ban on Fowzan Al-Harbi as it is believed that this measure has been taken against him solely on account of his legitimate and peaceful work in defence of human rights;

3. Guarantee Fowzan Al-Harbi's physical and psychological integrity, as well as that of all members of ACPRA;

4. Take all necessary measures to ensure that all human rights defenders in Saudi Arabia, carrying out their legitimate work in human rights, are able to operate without fear of reprisals and free of all restrictions, including judicial harassment.