The kinds of victimisation include personal victimisation and the victimisation of my family. There are currently two false cases against both my husband and me for alleged embezzlement. A purely civil dispute has been criminalised and they are trying to impose a custodial interrogation. The next hearing is due on 21 January 2016.

State and central agencies under the current supremacist dispensation are at the heart of this victimisation. Accompanied by this physical attack by the state is a large, well-orchestrated vilification campaign in the public domain by proto-fascist outfits closely associated with the current regime. However, overwhelming public support from individuals, movements, organisations and across the Indian political class has been our strength.

In addition to these cases, there have been five other false cases filed against me, all concerned with the tutoring of witnesses, and allegedly digging up graves to facilitate justice for the mass crimes for the survivors of 2002. In three of the five cases, the Supreme Court has stayed the investigation. In one of the cases, completely extraneously, a Tweet I sent by mistake last August, a Tweet which I apologised for, has been used against me.

The Gujarat police that has been aggressive towards me and my organisation because of the justice work we have undertaken for the survivors, launched two criminal complaints and succeeded in getting my passport impounded. It is a very, very difficult time for human rights defenders in India. There is an extremely right-wing, supremacist ideology-run government at the centre. The same government that ruled Gujarat since 2002 and a government that would like to push for a majority religio-communal ideology coupled with a highly corporate agenda.

Our organisation, by providing hands on legal aid to the survivors of 2002 has followed cases from the Trial Courts to the Supreme Court. The Supreme Court has monitored major trials and this collective scrutiny that includes witness protection has ensured the conviction of 126 persons to life imprisonment. This is a first in criminal justice jurisprudence in India, especially with relation to targeted crimes against the minorities.

We look to the international community for continued support and we thank Front Line Defenders for raising our case time and again. 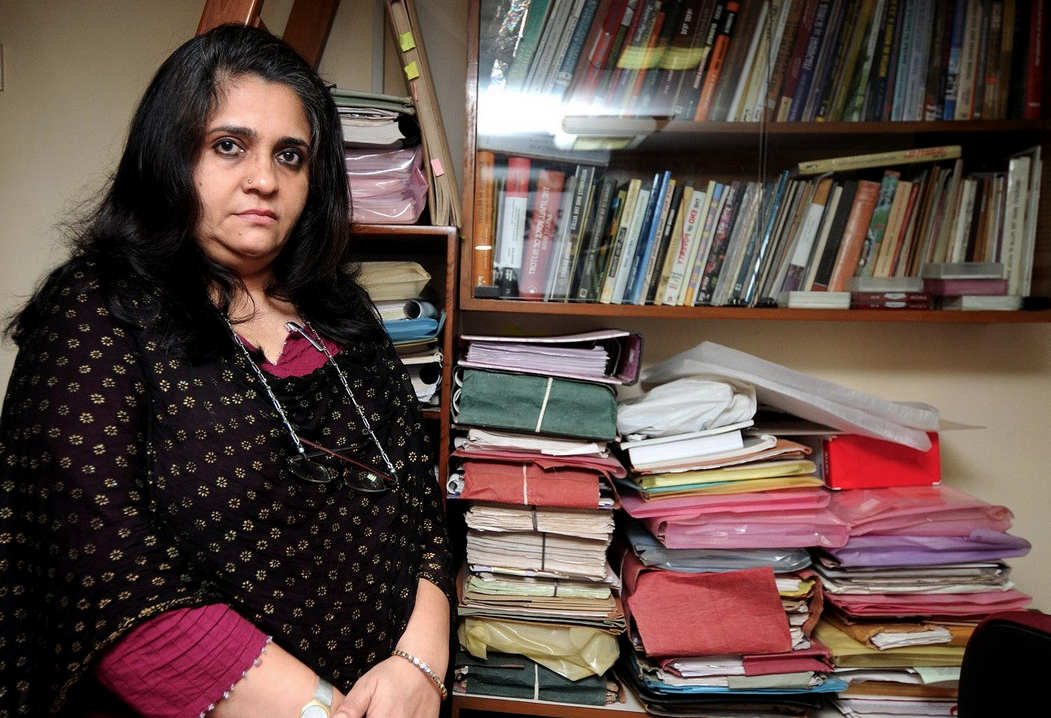