Being a founding country of the European Union is not enough to automatically ensure human rights for everyone. Italy is a perfect and unfortunate example of that, especially when it comes to LGBTI rights. While the historical legacy of Italian legislation is characterised by negation rather than repression of homosexuality, same-sex relations, as well as homophobia and transphobia, remain invisible to state regulation. Generally speaking, the Italian legal system lacks any anti-discrimination policy for LGBTI people and there is no recognition of same-sex partnerships.

For a few years I lived in the United Kingdom and there I married my husband. We then decided to come back to Italy and we were faced by one of the big paradoxes of being an EU citizen. As a couple in the UK, France, Spain or many other European countries we are recognised as a married couple with full and equal rights. In Italy however, my husband becomes just a friend and we have no rights at all as a couple.

In Italy there is no overview of the extent of crimes against LGBTIs. However, violence against gay organisations and community sites seems to be on the rise. Italian anti-LGBTI organisations and hate groups are importing methods and models to fight the request of equal rights from all over Europe and the country is now experiencing a rise in openly homophobic campaigns and public demonstrations led by religious fanatics and far-right groups.

In this complex context, Italian LGBTI organisations and human rights activists are mobilising for the legal recognition of same-sex partnerships and against homophobia and discrimination.

Our activities include peaceful and non-violent actions and demonstrations. For example, last year I was among the six lesbian and gay activists formally charged with a public order offence following a police investigation into a protest held in my home town. Our offence was to have engaged in what they have called a “long and passionate kiss” in front of an anti-LGBTI demonstration. Yes, I have to admit it, I was kissing my husband in a public space, like many other same-sex couples. We have been charged with breach of the peace following a police report which described one of the kisses as disgusting for young children and disturbing for the anti-LGBTI protest. Those charges would be laughable if they did not reflect exactly the anti-gay sentiment that we are fighting.

The European Union is doing a lot of good work on human rights and I think it is the right choice to prioritise those areas of the world where human rights defenders are most at risk. However, as European, we need to keep the human rights level high within Europe itself and constantly work to make sure all the European countries are on the same page. We need to be aware that even in countries where human rights are advanced and many advances have been achieved, there is always the risk of going back and if this happens it is not only bad for Europe, but it is also bad for the countries abroad where Europe works to advance human rights. 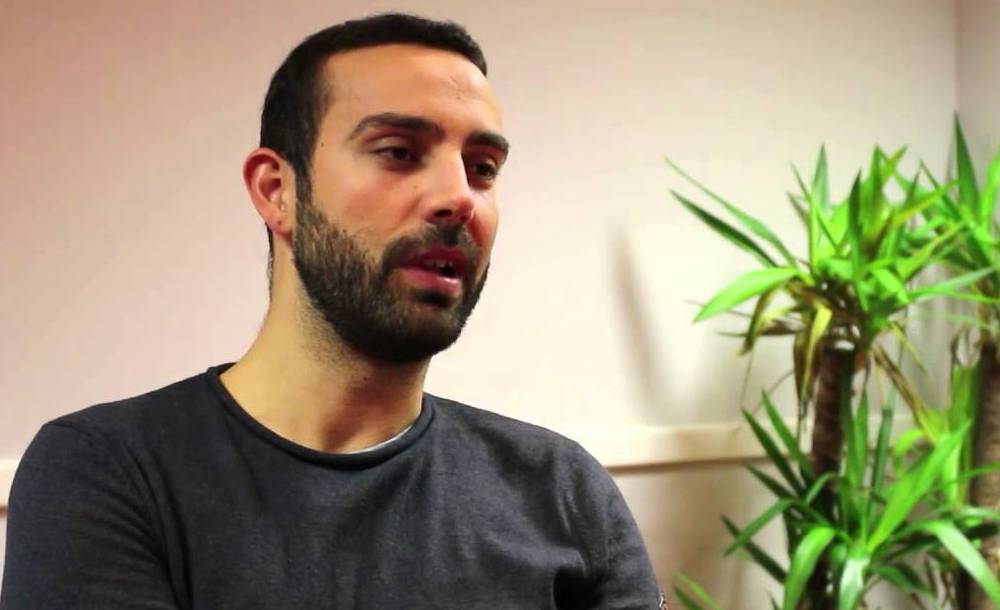 As a couple in the UK, France, Spain or many other European countries we are recognised as a married couple with full and equal rights. In Italy however, my husband becomes just a friend and we have no rights at all as a couple.