Our movement, the Initiative for the Resurgence of the Abolitionist Movement (IRA) was founded in 2008 in order to fill a political void and provide a real alternative to the current system of domination – an alternative that could bring about change both in theory and in practice, by making a real commitment to the fight both within society and at the highest levels of power. It uses a combined, convergent approach, from above and below, which will unite revolutionary interests with clear-thinking reform. We are actors for change – gradual change certainly, but also a radical, definitive break from all forms of coercion, from moral corruption and from the practice of using religion to legitimise unacceptable crimes. We will no longer accept this archaic practice of violent repression.

In our country, the protection of human rights defenders is not something that is simply studied or observed. It is our daily life – a life that is characterised by arbitrary arrests, heavy beatings by the police and iniquitous trials in which the judge, in order to destroy any empathy one might feel towards you, will start by showering you with vile false accusations. “Attacking the state’s image, setting up a non-registered organisation, committing an act of sedition, carrying out a non authorised protest” – these are the charges that are created for us, practically by virtue of a genetic predestination. Once the grounds for sentencing have been established, you find yourself at the threshold of prison, starved of any compassion and with no option but to “retract or suffer the consequences”. Accordingly, in just a few months, our organisation has been summoned to court twice, and subsequently suffered serious convictions. The violence committed towards our campaigners is part of their initiation process; beaten and injured to the point of requiring emergency medical care, they must defend themselves for having protested against the conspicuous collusion of state agents (including magistrates and the police) with the perpetrators of slavery!

The specific nature of the Mauritanian case smacks of irony. Despite a relatively explicit law against the traffic and exploitation of human beings, slave drivers can, at the drop of a hat, fall back on the inherent nature of hegemony. In a country where an Arab-Berber minority has held all political, material, military and religious power for centuries, it is only natural that the law should protect this privilege. In the eyes of those protecting the system, an open expression of the taboo, and claims that there is a “natural” racist order, has become a form of extremism that they will curb by any means necessary.

Gradually, through small rhetorical touches, a subtle dose of propaganda and panic culture as a basis for social cohesion, the perpetrators of slavery are presented as victims of a destabilizing attack, preferably masterminded by foreigners - generally Jewish or Christian. As far as the former is concerned, prevailing anti-Semitism encourages serious punishments. The Mauritanian human rights campaigner – ostracised from society and constantly threatened with the possibility of being stripped of his Islamic status, without which his life would be worthless, must go on living simply to fulfil the basic necessities of eating, dressing, protecting his health and, despite the ordeal, continuing the fight! If you are black, descended from slaves or of a non-Arabic-speaking ethnicity, prepare yourself for a stay in one of these police stations, where racist abuse is flaunted. In these shadowy places, the concept of human dignity is considered an invention of the West. Routine torture prevails as part of commonplace professional practice, as do tribal-based preferential rights or payments for visits, meals, medication, etc.

There is not a single legal text in Mauritania that protects human rights defenders. The country refuses to adhere to the Statutes of the Inter- national Criminal Court (ICC) and avoids discussing the death penalty. Parliament, a perfect incarnation of the age-old balance of power, reflects only the concerns of the tribal groups competing for precedence. It does not remotely broach the issue of equality, despite the fact that this is a highly relevant topic, and the only real issue for Mauritania’s future.

Using talent and innovation, IRA Mauritania and certain other sister movements are attempting to convince Mauritanians that man’s, a woman’s, life, freedom and physical well-being deserve to be absolutely sacred.

The Arab Spring has proved this much – there are tremendous forces for revival lying dormant, suppressed by the proverbial Praetorian Guard. Libya has just illustrated the price of hope, and much more dramatically than Tunisia or Egypt. Yes, when an oppressor resorts to committing brutal violence against peaceful human rights defenders we must find an effective way to stand together in solidarity. This principle stems from the fact that we belong to the same world – a world in which human beings are crushed by barbarity. Silence and inaction could prove fatal. Long live the triumph of freedom and long live our duty to intervene! 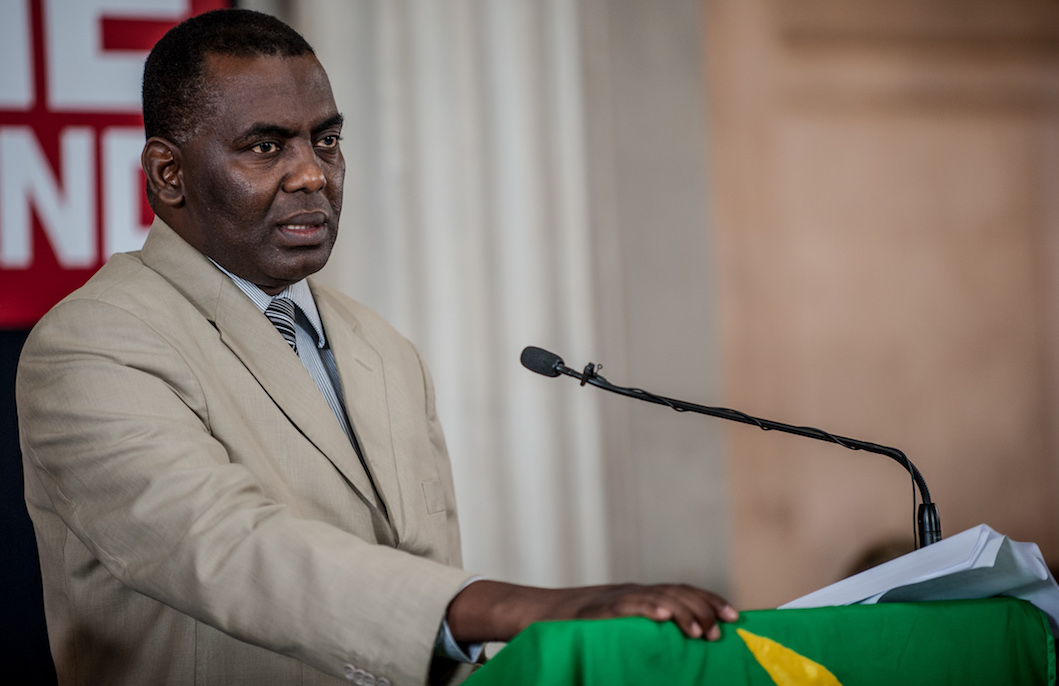 The specific nature of the Mauritanian case smacks of irony. Despite a relatively explicit law against the traffic and exploitation of human beings, slave drivers can, at the drop of a hat, fall back on the inherent nature of hegemony.