For 21 years, Odhikar and I have worked tirelessly to advocate human rights, human rights principles and social justice in Bangladesh. We campaigned for the ratification of the Rome Statute of the International Criminal Court; we campaign tirelessly against torture and ill-treatment, against extra-judicial killings and against enforced disappearances; we campaign against acts of violence against women and against minority communities. For our activities, we have been followed, monitored, harassed and threatened by law enforcement agencies for over 15 years and we are now being persecuted and hounded and are on the verge of closing down. Regardless of this, our spirit and our dedication will never cease.

Odhikar was created as an activist organisation, rather than a stereotypical non-government organisation. As a result, the present staff and members are fearless advocates of human rights and dedicated to their work. Our spirit and determination are fierce and indomitable. This was even more evident in the events that occurred between August and November 2013, when I was abducted, persecuted and incarcerated. Odhikar was raided, staff were threatened, and associated human rights defenders were intimidated. Despite the persecution, Odhikar remains steadfast in its struggle for human rights, as do all who are associated with it.

The people of Bangladesh feel disenfranchised since the holding of the farcical elections of January 5, 2014. Out of 300 constituencies, 153 candidates were declared elected even before the actual voting started; and in the rest of the constituencies it has been reported that only ten to 12 percent of the people voted. This has given rise to a very authoritarian regime. Since January 5, 2014 human rights defenders, including those at Odhikar, are not working in a ‘shrinking space’.

In reality, there is ‘no space for the civil society’. I was abducted and detained for 62 days for publishing and uploading a fact finding report on extra-judicial killings. My colleague, the Director of Odhikar was sent to jail after his surrender before the Cyber Crime Tribunal for 25 days. Both of us are on bail now. Mahmudur Rahman, Acting Editor of Daily Amar Desh, is in jail for two and half years for writing against corruption and atrocities of the government. His newspaper has been closed down. Three pro-opposition television channels have also been taken off air after reporting on the atrocities of law enforcement agencies. Hundreds of political activists are detained in jails. The government has recently drafted a Bill to ‘regulate’ the NGOs; and it has started to implement it to harass and curtail the functioning of independent civil society, even before it has been enacted.

Supporting the human rights defenders of Bangladesh is, therefore, supporting the people’s aspirations and movement for a democratic Bangladesh. I must add that the Bangladeshi people are brave and resilient; and will fight to uphold their rights. 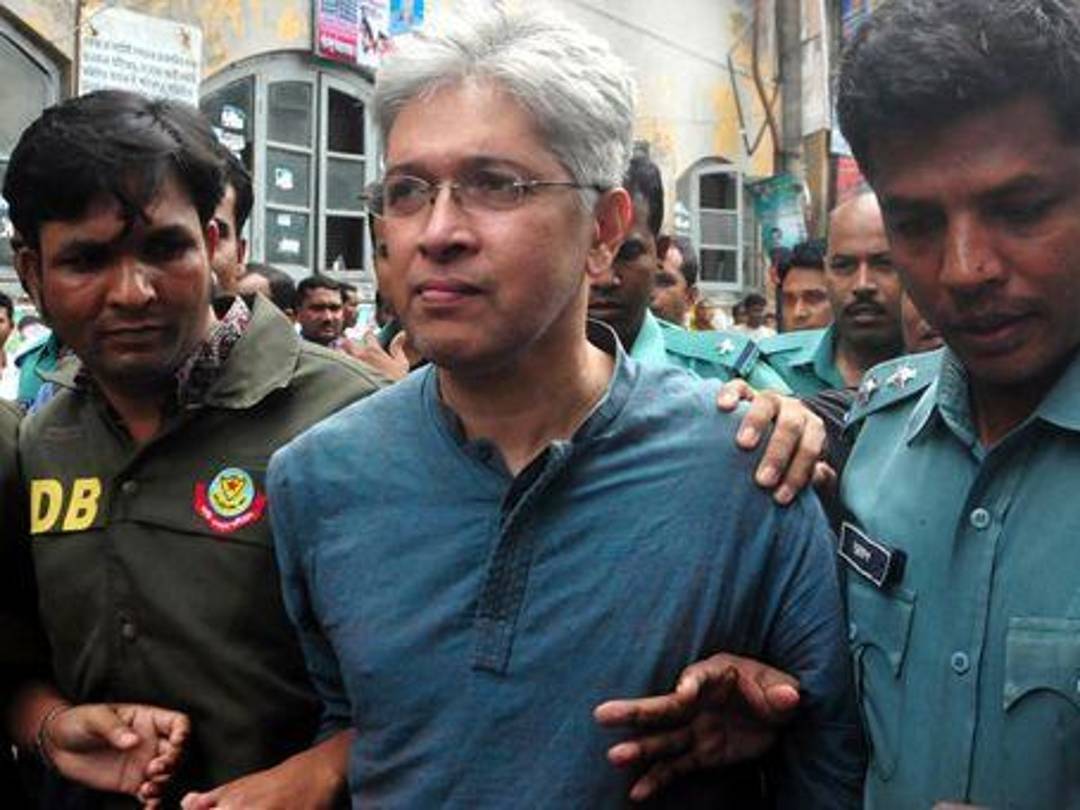 Supporting the human rights defenders of Bangladesh is, therefore, supporting the people’s aspirations and movement for a democratic Bangladesh. I must add that the Bangladeshi people are brave and resilient; and will fight to uphold their rights.