Devangana and Natasha were arrested on 23 May 2020 due to their peaceful campaign against the regressive Citizenship Amendment Act (CAA). The women human rights defenders have faced multiple cases (First Information Reports) including under the anti-terror law, aimed at prolonging their detention. Devangana and Natasha’s arrest and continued incarceration highlights the escalating crackdown on dissent by Indian authorities.

Devangana Kalita and Natasha Narwal are founding members of the Pinjra Tod, a collective of women students and university alumni from across Delhi, who advocate on women’s rights, student’s rights and to lessen restrictions, placed on female students. The collective argues against using concepts of safety and security to silence and suppress women’s rights to mobility and liberty. Since the CAA was passed in December 2019, the women human rights defenders had played a critical role in peacefully protesting and mobilising against the law. The Office of the UN High Commissioner for Human Rights has described the law as ‘fundamentally discriminatory in nature’.

On 23 May 2020, the Special Crimes Cell of the Delhi Police arrested Devangana Kalita and Natasha Narwal in connection with their alleged role in a sit-in protest against the CAA that took place at Jaffrabad metro station in Delhi in February 2020. Among the charges laid against them include obstructing a public servant in discharge of public functions, wrongful restraint, and assault or criminal force to deter a public servant from discharge of his duty. The defenders were granted bail the following day (24 May) by the Metropolitan Magistrate Delhi. In the order granting bail, the judge noted that the defenders were merely exercising their right to freedom of expression by protesting and did not engage in any form of violence.

Despite being granted bail, the defenders were never released. In what has become a familiar pattern for arrest of human rights defenders, Devangana and Natasha were rearrested on 26 May by a Special Investigation Team of the Crime Branch of the police and remanded in Tihar jail. The new charges include serious offences of murder, attempted murder, criminal conspiracy and ‘promoting enmity between different groups’ under the Penal Code; offences under the Arms Act and the Prevention of Destruction of Public Property Act.

Natasha and Devangana were subsequently charged under the draconian Unlawful Activities (Prevention) Act, (UAPA), India’s primary counter-terrorism law which has been increasingly misused by the government of Narendra Modi. The UAPA has become the weapon of choice to detain human rights defenders, journalists and protesters under catch-all charges. For Natasha and Devangana, each time they were granted bail by court, a further FIR with more severe charges was filed against them, preventing release. Multiple cases culminated in FIR 59/2020 which includes sections of the UAPA, under which Natasha, Devangana and several other human rights defenders are currently jailed.

“The arbitrary detention of Devangana Kalita and Natasha Narwal for 300 days now, is aimed at punishing them for their human rights work. The Indian authorities must drop the baseless and politically-motivated criminal charges against them and release the women human rights defenders immediately and unconditionally” said Olive Moore, Deputy Director - Front Line Defenders.

Human rights defenders across India have been arrested and detained for long periods for their involvement in protests or criticising the authorities. A series of vaguely worded and overly broad laws are being used by the Indian authorities to deprive activists of bail and keep them in detention. These includes the UAPA, section 124A on ‘sedition’ of the Indian Penal Code, the National Security Act (NSA) and the Public Safety Act (PSA), which applies only in Indian-administered Jammu and Kashmir.

“The Indian government must stop using restrictive national security and counter-terrorism laws against human rights defenders and critics. The laws are incompatible with India’s international human rights obligations and highlight the increasingly repressive civic space we have seen in India under the Modi government,” said David Kode, Advocacy & Campaigns Lead at CIVICUS.

In December 2019, India’s rating was downgraded by the CIVICUS Monitor from ‘obstructed’ to ‘repressed’ owing to its increased restriction of space for dissent during 2019 and particularly following Prime Minister Narendra Modi’s re-election in May 2019. 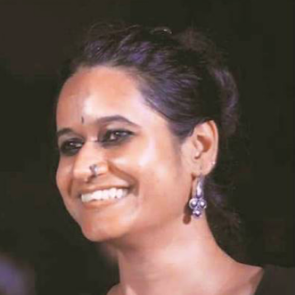 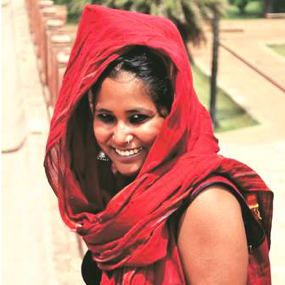