On 19 December 2018, peaceful demonstrations erupted on the streets of the northern Sudanese town of Atbara. The demonstrations have since spread across the country, including to the capital, Khartoum.

The demonstrators initially denounced the rising cost of living and shortages of food and fuel, but began calling for the resignation of President Omar Al Bashir following a violent response from the Sudanese authorities.

According to human rights defenders on the ground, state security responded to the peaceful protests with lethal force. On 28 December 2018, hundreds of people were targeted by tear gas in Omdurman after protests were due to take place after Friday prayers. Many of those who have been killed are understood to have been shot dead by security forces.

Dozens of human rights defenders, including grassroots activists, journalists and lawyers, are among those who have been arrested and detained. On 3 January 2018, Hasan Abd Al Ati of the National Civil Forum, which works on development issues and human rights, was arrested along with two of his colleagues at their office in Khartoum. On the same day, Faisal Mohamed Saleh was arrested from his office at Teebaa Press, an NGO that organises training for local journalists.

Hisham Ali Mohammed Ali was due to be released on 1 January (having been acquitted by the court last November) but upon completion of his release procedure he was re-arrested along with his defence lawyer. Hisham Omar Al Nour was also arrested on 1 January.

Other human rights defenders and journalists, including Shamael Al-Noor, Maha Altilib, Mohamed Suliman, Ammar Hasan, and Ali Fassab, who were arrested at the end of December, were subsequently released.

The wave of arrests also involved student activists, including Ziryab Abdulrahman Dahab, Mohamed Alwali Omar, Abdulrahman Muhassab, and Abdulnasir Mohamed Wad-Andi, who are all members of the Congress of Independent Students, a student association working on the defence of students’ rights in Sudan.

Front Line Defenders strongly condemns the ongoing violence and repression by the authorities and the mass arrests and killings, which continue to target activists and human rights defenders. 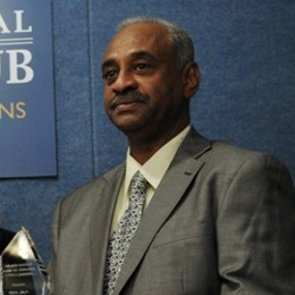