In their last Universal Periodic Review (UPR) in October 2011, Venezuela received seven recommendations regarding human rights defenders (HRDs) and 14 recommendations regarding freedom of expression and opinion, freedom of assembly, and freedom of the press.1 Despite the role of civil society in shaping the 1999 Constitution and its recognition of the importance of human rights2, the situation for the defence of human rights has worsened, with numerous laws restricting independent NGOs, high level stigmatisation campaigns against HRDs, and the repression of social protest.

This paper was co-authored by the international NGOs International Service for Human Rights and Front Line Defenders, together with Civilis Derechos Humanos and the Human Rights Centre of the Universidad Católica Andrés Bello, in Venezuela.

OFFICIAL RESTRICTIONS ON THE SPACE FOR HUMAN RIGHTS DEFENDERS

RECOMMENDATIONS TO THE GOVERNMENT OF VENEZUELA

In 2015 Venezuela was re-elected to the Human Rights Council and held largely free legislative elections. Human rights defenders and civil society will be vital in ensuring that the future of the country is a democratic one in which rights are protected. The UPR will provide an opportunity for the Government to make a public commitment to their protection and for States to make recommendations and hold them to account in this regard.

2 Constitution of the Bolivarian Republic of Venezuela, Title III, Art. 19 (stating, “The State shall guarantee to every individual, in accordance with the progressive principle and without discrimination of any kind, not renounceable, indivisible and interdependent enjoyment and exercise of human rights. Respect for and the guaranteeing of these rights is obligatory for the organs of Public Power, in accordance with the Constitution, the human rights treaties signed and ratified by the Republic and any laws developing the same’).

8 Ibid. (noting that ‘according to a study by the NGO Control Ciudadano, 30 % of the country could be considered as a Security Zone’); Ley de Seguridad de la Nación at http://www.ceedcds.org.ar/Srd-LibBL/VEN/Ley_Seguridad_Nacion.pdf

10 Amnesty International, ‘Venezuela: the faces of impunity: a year after the protests, victims still await justice,’ 24 March 2015 at https://www.amnesty.org/en/documents/amr53/1239/2015/en/ (noting that “given the numerous serious human rights violations resulting from the excessive use of force by state agents, considering using all sections of the armed forces in public order operations is of grave concern. International standards clearly state that the use of the armed forces for internal policing operations should be considered only in clearly defined exceptional circumstances, and that should such deployments take place, excessive force must not be used and the right to life and physical integrity must be respected at all times.)

12 Inter-American Commission on Human Rights, ‘Second Report on the Situation of Human Rights Defenders in the Americas,’ 31 December 2011 at https://www.oas.org/en/iachr/defenders/docs/pdf/defenders2011.pdf ; Supreme Court of Justice of Venezuela, Constitutional Chamber, Office of the Human Rights Ombudsman v. the National Legislative Commission, Judgment of June 30, 2002, Governors v. Minister of Finance, Judgment of November 21, 2000.

13 Reform of the Telecommunications Act of 20.12.10; Law and Social Responsibility in Radio, Television and Electronic Media, the 20.12.10; Popular Defence Act against hoarding, boycott and any other conduct affecting the consumption of food or products subject to price controls, 2007; Reform Law of Political Parties, Public Meetings and Demonstrations, 2010; Decree 281 of February 17, 2014, issued by the mayor of Caracas Jorge Rodríguez. In 2014, the Supreme Court issued a judgment that ‘any assembly, demonstration or meeting public who does not have the prior endorsement of the authorization by the relevant competent authority to do so may result in the police and security and control of public order to ensure the right to free movement bodies other constitutional rights (...) and may disperse these concentrations with the use of the most appropriate mechanisms to do so, under the provisions of the Constitution and the legal order.’ Human Rights Watch, ‘ Punished for Protesting: Rights Violations in Venezuela’s Streets, Detention Centers, and Justice System,’ 22 March 2014 at https://www.hrw.org/report/2014/05/05/punished-protesting/rights-violations-venezuelas-streets-detention-centers-and

14 United Nations Human Rights Office of the High Commissioner, ‘High time to pull the plug on televised reprisals against Venezuela,’ 22 July 2015 at http://www.ohchr.org/en/NewsEvents/Pages/DisplayNews.aspx?NewsID=16259&LangID=E

19 Foro por la Vida,’Alternative report on implementation of the Covenant on Civil and Political Rights,’ June 2015 at http://tbinternet.ohchr.org/Treaties/CCPR/Shared%20Documents/VEN/INT_CCPR_CSS_VEN_20595_E.pdf

24 According to the requests received by Front Line Defenders through the emergency program and the constant contact with HRDs in the Country.

29 American Convention on Human Rights, ‘Government of the Bolivarian Republic of Venezuela Ministry of the Popular Power for Foreign Affairs of the Bolivarian Republic of Venezuela: Note 000125,’ 6 September 2012 at http://www.oas.org/dil/esp/Nota_Republica_Bolivariana_de_Venezuela_al_SG_OEA.PDF . Venezuela’s denunciation of the American Convention does not affect the jurisdiction of the Inter-American Commission on Human Rights to consider matters related to Venezuela. Human rights violations that took place in Venezuela during the time in which the country was a State Party to the American Convention are subject to the Court’s jurisdiction, in accordance with the obligations established in the treaty. Therefore, any petitions the Inter-American Commission may receive after September 10, 2013, that allege human rights violations that took place before that date will be processed based on the State’s obligations under the American Convention and subject to consideration by the Inter-American Court. See also: http://www.oas.org/en/iachr/media_center/PReleases/2013/064.asp

32 Supra No 3 (Since the December elections, the host is not the President of the National Assembly anymore, although the program is still running and in the last program before this submission, HRDs were still being attacked).

About this Briefing Paper: ISHR and Front Line Defenders encourage States to consult UPR submissions by local activists as well as to make a recommendation to Venezuela regarding the protection of HRDs. This briefing is a result of both compilation of public information and FLD's direct contact and experience in the protection of local HRDs. ISHR and FLD suggest readers consult the sources cited for further information. Excellent sources of information on HRD security and civil society space in Venezuela include Civilis (www.civilisac.org, civilisac@gmail.com) and the Human Rights Centre at Universidad Católica Andres Bello (www.ucab.edu.ve/cddhh.html, cdhucab@gmail.com) For further information on Venezuela’s UPR, contact Ben Leather at b.leather@ishr.ch or Ivi Oliveira at ivi@frontlinedefenders.org. 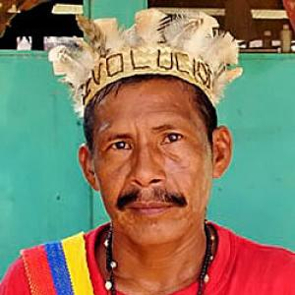 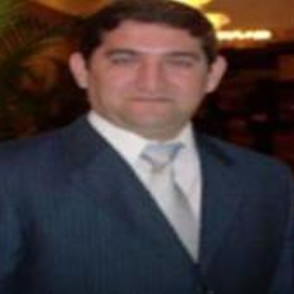 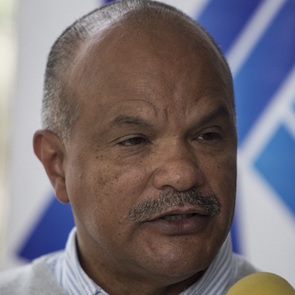