1. Human rights defenders (HRDs) in Chad face a wide range of restrictions preventing them from effectively carrying out their legitimate work in defence of human rights without fear for their safety. Obstacles are many and vary from torture to physical attack, arbitrary arrest, prolonged detention, fabricated charges, judicial harassment and intimidation. There is a systematic ban on protests conducted by those whom the government sees as critical of any of its policies. Civil society actors and trade unionists holding unauthorised protests have repeatedly been the subject of police brutality.

2. There is frequent interference with the work of journalists, especially those reporting or commenting on human rights issues. Freedom of expression is curtailed and on several occasions in the past five years, the government ordered a shut down of the Internet amidst tense political moments, including during national protest action in January 2018 and during the April 2016 presidential elections. Websites critical of the government were also blocked. Front Line Defenders further notes with concern the recurrent use of the intelligence service apparatus, Agence Nationale de Sécurité (ANS - National Security Service) to target and repress all those who are believed to be in opposition to the government, including human rights defenders.

DEVELOPMENTS SINCE THE LAST UPR CYCLE

4. Front Line Defenders regrets that in the years since Chad’s last UPR, the environment for HRDs to work in has remained extremely challenging with few, if any improvements. During the period under review, Chad has faced repeated attacks perpetrated by the armed group Boko Haram in the Chadian capital, N’Djamena, and also on islands on Lake Chad. The response by authorities to this growing threat impacted on peoples’ rights through heightened restrictions on their movements and more restrictive legislation. On 9 November 2015, the Chadian government declared a state of emergency in the Lake Chad region, providing the governor of the region with the authority to ban the movement of people and vehicles, search homes and recover arms. Earlier that year, on 30 July, the National Assembly adopted a controversial anti-terrorism law that provides for the death penalty for terrorism offences. Civil Society Organisations (CSOs) voiced concerns about the law being overly repressive and that it could be used to curtail freedom of association and expression.

THREATS TO FREEDOM OF ASSEMBLY AND ASSOCIATION

5. Freedom of peaceful assembly was severely curtailed during the period under review, thus impeding the work undertaken by HRDs. Presidential elections in April 2016 brought about popular discontent which was met with a heavy-handed response from security forces. President Deby successfully campaigned for a fifth term in office after having removed the previous two-term limit and age limit for presidential candidates through a rigged referendum in 2005.

6. The Chadian constitution recognises the right to freely express one’s opinion, and to participate in demonstrations and processions. However, a variety of laws is consistently used to restrict these rights. Ordinance No. 45/62 on public meetings, Ordinance 46/62 on gatherings and Decree No. 193/620 regulating protests on public places are often used to ban peaceful protests. Many CSOs reported being denied approval to organise public gatherings including the Chadian National Students’ Union (Union National des Etudiants du Tchad), platforms Trop c’est trop (made up of 15 member organisations) and Ca Suffit (5 member organisations).

7. In addition to written orders forbidding demonstrations, bans on protests have been announced verbally by authorities. On 19 March 2016, in the run up to the presidential elections, a 20 day blanket ban was announced on national radio by the Minister of Public Security and Immigration, Ahmad Mahamat Bachir. All demonstrations unrelated to the presidential elections were also banned.

8. Nadjo Kaina, Mahamat Nour Ibedou, Celine Narmadji, and Younous Mahadjir, leaders of three pro-democracy movements and a trade union respectively (Trop c’est trop, Iyina, Ça Suffit, and Union des Syndicats du Tchad) were detained from 21 to 23 March for planning to organise a protest on 22 and 29 March against the re-election of President Deby for a fifth consecutive term. On 14 April 2016, they were found guilty of ‘incitement to an unarmed gathering’ by the High Court of N’Djamena and received a four month suspended sentence.

(b) Protests disrupted and excessive use of force by security forces

9. In view of the practice of outright banning of protests, in many instances, CSOs have organised peaceful protests without seeking prior authorisation, merely informing the authorities about their plans through the media. There has been an increased use of excessive and unnecessary force by security forces to disperse demonstrations, and of arbitrary detention of peaceful protesters. Access to the Internet and social media was also blocked in an attempt to limit the number of participants at peaceful protests.

10. On 2 February 2016, in N’Djamena, security forces dispersed a coalition of youth associations’ demonstration using tear gas and batons. The protest, organised by Collective of Chadian Youth Associations and Movements (Collectif des associations et mouvements de la jeunesse du Tchad - CAMOJET), had been banned by the Minister of Public Security and Immigration. The protest, which opposed the Government’s decision to freeze recruitment for the civil service for three years, was heavily repressed. Several demonstrators were injured and at least 17 were arrested and released later that day. The association organised another protest later that week on 6 February and the security forces once again used tear gas and arrested at least 23 protesters. One member of CAMOJET, Dadji Rahamata Ahmat, was arrested and released that same day on condition that she did not share information about the arrests publicly. After she ignored this warning and publicised the scale of arrests, she was rearrested and detained until 8 February before being released without charge.

11. On 25 January 2018, security forces violently dispersed a demonstration with tear gas and water canons in N’Djamena. The protest was organised by eight CSOs in response to the high cost of living in the country and the austerity measures implemented by the authorities in reaction to an economic crisis that has been raging since the end of 2015. Three leaders of CSOs, namely Dingamnayal Nelly Versinis, spokesperson for the Collectif tchadien contre la vie chère (Chadian Collective against the Cost of Living - CTCV); Garba Ahmat Dogo, Abdelbassit Mahamat Ali Acyl and Ahmat Hassaballah from the Convention Tchadienne pour la défense des droits humains (Chadian Convention for Human Rights - CTDDH) were arrested and a journalist covering the crackdown was violently attacked by two policemen who slapped and punched him before dragging him on the ground for about 100 meters. On 22 January 2018, a decree was issued by the Minister of Public Security and Immigration banning the protest. The Internet was cut off on the night before the protest took place.

12. HRDs are regularly subjected to judicial harassment and the domestic criminal justice system is often misused to stifle their work.

(a) Judicial harassment and the use of fallacious charges

13. The range of charges used to target HRDs include “public disorder” and “incitement to and/or taking part in an unarmed gathering” under Ordinance 46/62, “disobeying a lawful order” under Decree No. 193/62 regulating protests on public places and “contempt of public authorities” under the Criminal Code.

14. On 7 July 2015 the High Court of Justice in Moundou convicted Djeralar Miankeol of “contempt of court” in connection with a broadcast interview in which he denounced corrupt practices within the judiciary. He was sentenced to two years’ imprisonment and a fine of 100,000 FCFA (153 Euro). Djeralar Miankeol is a human rights defender and a leader of Ngaoubourandi, an advocacy organisation working against land grabbing, corruption in the petrol sector, and unlawful expropriation of farmers' land.

15. Following the ruling, Djeralar Miankeol was transferred from hospital – where he was receiving treatment for malaria and typhoid fever – to prison to serve his time, thus interrupting his treatment. As a consequence of Djeralar's deteriorating health, he was transferred back to the hospital on 24 July 2015 to continue his treatment. On 28 July 2015 he was acquitted of all charges brought against him and his sentence was overturned.

(b) Arrest, detention and the practice of torture

16. HRDs are often intimidated and harassed and have also been subjected to abduction and torture.

17. On 6 April 2017, human rights defender Nadjo Kaina, spokesperson of the citizen movement, Iyina (meaning “We are tired” in local Arabic), was arrested in N’Djamena. He was on his way home from an Iyina meeting, when members of the Chadian intelligence agency detained him and took him to an unknown location. The meeting was in preparation for an event called “Journée Iyina” (Iyina Day), which was scheduled to take place on 10 April 2017 to protest against bad governance, injustice and impunity in Chad.

18. On 4 May 2017, Nadjo Kaina was released after being detained incommunicado since his arrest on 6 April 2017. His lawyers reported that he was tortured, chained and asphyxiated with plastic bags containing chilli which were put over his head. He also received jets of water at high pressure to his face. He had previously been arrested for his human rights work in August 2015 when, as President of the Chadian National Student’s Union, he was held for three weeks following a student strike after government non-payment of stipends. He was also detained in March 2016 (see above).

19. On 19 February 2018, Alain Didah Kemba, a spokesperson for Iyina, was arrested while he was, according to police, about to set fire to a tyre with gasoline. The HRD denied having being in possession of gasoline at the time of his arrest and said he was out running when the police stopped him as he passed a tyre.

20. On 22 February, three days after his detention, Alain Didah’s lawyer reported that the HRD had difficulty standing and that the police had kicked him on the leg joints and the soles of his feet during an interrogation. Alain Didah was released unconditionally on 26 February, after he was presented to the prosecutor who decided not to charge him.

21. Journalists reporting on human rights issues have been forced into hiding following continued harassment of security forces while others have been assaulted and deported.

22. Eric Kokinagué, the Director of Publication for the newspaper Tribune Info, went into hiding on 25 February 2017 after he received several threatening calls regarding an article he published in his newspaper entitled “Idriss Déby, un président poker menteur” written by the columnist Daniel Ngadjadoum. In the article, President Idriss Deby was branded a liar for going back on his promises not to run for office again. President Deby was re-elected for a fifth term in 2016, following a constitutional amendment in 2005 that scrapped the pre-existing two term limit.

23. The same day, ANS agents searched Eric Kokinague’s house, initially without a warrant, and confiscated copies of his newspaper’s past editions. Tribune Info covers sociopolitical and economic issues, including those touching on human rights. On 26 February, contributor Daniel Ngadjadoum, was abducted by armed men in a non-registered vehicle with tinted glass as he left his church in N’Djamena. Daniel Ngadjadoum reported having been chained up for 24 hours in a place that he believed to be an ANS facility and forced to write an apology letter to the Republic. He was released without charge on 1 March by the Public Prosecutor.

24. On 25 June 2015, Radio France Internationale (RFI) correspondent, Laurent Correau, was arrested at his hotel in N’Djamena by immigration officers and escorted to the airport. He was not provided with any documentation justifying his deportation but was instead slapped, along with Reed Brody, a researcher with Human Rights Watch, when they requested an explanation.

25. Laurent Correau had arrived in Chad on 18 June 2015 to film a documentary ahead of the trial of former President Hissène Habré, who was facing charges of crimes against humanity, war crimes and torture. The following day, he went to the relevant authorities to complete his registration process and was then assured he could start working while awaiting official accreditation. Government authorities later claimed that no verbal authorisation is provided in the accreditation process and as such, the journalist was operating illegally.

26. Front Line Defenders calls upon the member states of the UN Human Rights Council to urge the Chadian authorities to prioritise the protection of HRDs and in doing so to: 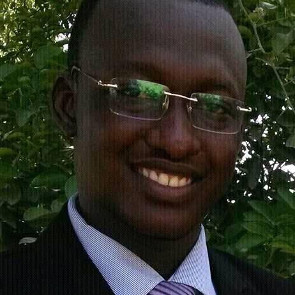 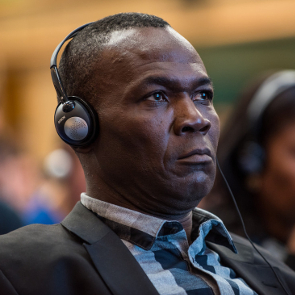