Ukraine: Russia should determine the whereabouts of and release WHRD Iryna Horobtsova and other civilian victims of enforced disappearences in Russian-occupied territories

Front Line Defenders strongly condemns the enforced disappearence and arbitrary detention of Ukrainian human rights defenders and other citizens in Russian-occupied territories of Ukraine. Front Line Defenders is deeply concerned about the abduction of woman human rights defender and civic activist Iryna Horobtsova from her home in Kherson on 13 May 2022. Her precise whereabouts remain unknown but reports indicate that she has been transferred to Russian-occupied Crimea. She has no access to a lawyer and no knowledge about the charges against her or her legal status.

Iryna Horobtsova is a woman human rights defender and grassroots activist from Kherson, Ukraine. After Russian forces occupied Kherson at the beginning of March, she started providing help as a volunteer driver to healthcare workers to ensure transport to the local hospital and delivery of medical supplies. Her work supported local residents, who were subjected to violence by the Russian military, to exercise their right to health care. On social media Iryna Horobtsova posted about the peaceful rallies against the occupation of Kherson, and her experience living in the occupied city.

On 13 May 2022, Iryna Horobtsova’s relatives reported that in the morning two cars with “Z” marks – the symbol of Russia’s full-scale invasion of Ukraine – arrived to the house where she lived with her parents. A number of persons in Russian military uniforms raided the apartment and forcefully took Iryna into a vehicle. The men told Iryna’s parents that she would return “before the evening”, after questioning her. Since then, there has been no official information about Iryna Horobtsova’s whereabouts.

Iryna Horobtsova’s family received two letters through the Russian network Zona telecom, that facilitates communication with detainees, from the Simferopol pre-trial detention centre No. 1 dated 8 August 2022 and 31 August 2022. After that date, communication stopped. The relatives were able to identify Iryna Horobstova’s handwriting. In one of the letters, she asked for a number of items: food, clothing, medicines and hygiene items; indicating that she lacks many essentials while in detention. Her relatives do not have any confirmation that she received the parcel sent to the facility. The other letter contains a request to her parents to contact Ukrainian officials so that her name is included in the prisoner exchange list. Her lawyer, Emil Kurbedinov did not receive a response when he tried to reach Iryna in detention. On 20 July 2022, he submitted an official motion to the Russian Ministry of Interior to open a criminal case under Article 127 of the Criminal Code of the Russian Federation on “illegal deprivation of an individual’s freedom that is not related to their abduction,” which was rejected. Iryna Horobtsova’s relatives are concerned that she has no access to medical treatment and medication, especially as she suffers from severe headaches due to a brain aneurysm.

On 31 August 2022, the European Court of Human Rights granted interim measures under Rule 39 of the Rules of Court, and urged Russia to provide information about Iryna Horobtsova’s whereabouts. The Russian Federation refused to comply with the request, in spite of its obligation to comply with the Court’s decisions until 16 September 2022, after which it ceased to be a party of the Europen Convention on Human Rights.

Ukrainian human rights organization ZMINA has reported that during Russia’s full-scale military invasion of Ukraine, Russian military have abducted, forcibly disappeared and unlawfully detained at least 386 volunteers, activists, and human rights defenders, including human rights journalists from Nova Kakhovka Serhii Tsyhipa and Oleh Baturin, journalist from Kyiv region Dmytro Khyliuk and humanitarian volunteer from Spain Mario Garcia Calatayud. Oleh Baturin was later released from captivity but the whereabouts of the others are unknown. Serhii Tsyhipa and Mario Garcia Calatayud have allegedly been transferred to Russian-occupied Crimea. According to ZMINA, more than 10 individuals who engaged in humanitarian work were later found dead, or died after being released due to torture they faced in captivity.

Front Line Defenders believes that, like Iryna Horobtsova, other human rights defenders, activists and volunteers are being targeted as a result of their vocal criticism of the Russian occupation and their legitimate non-violent work in the defense of human rights, including documenting human rights violations during peaceful protests. Front Line Defenders expresses its grave concern and urges the authorities of the Russian Federation in the occupied Crimea to urgently reveal the whereabouts and immeditaly release woman human rights defender Iryna Horobtsova, and all other victims of enforced disappearances in Russian-occupied territories of Ukraine. 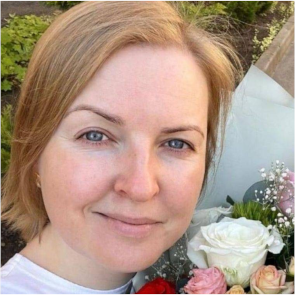