On 2 June 2022, human rights defender and Right to Information (RTI) activist Ranjeet Soni was shot dead outside the office of the Public Works Department (PWD) in the state of Madhya Pradesh in central India. The human rights defender had consistently filed RTI applications seeking information regarding public works, including information on government expenditure, allocations at government hospitals, and details of road constructions and subsequently filed complaints and sought redress from government officials for alleged corruption and other irregularities.

The Right to Information Act was enacted by the government of India in 2005, after a sustained struggle from anti-corruption activists led by the Mazdoor Kisan Shakti Sangathan (MKSS)1. The enactment of the RTI Act served as a major tool in the hands of all citizens to demand greater transparency in governance, with the CHRI estimating that approximately 5.5 million RTI applications are filed every year in India. The Indian judiciary has a well-documented case history of upholding and promoting the right to information. In a landmark judgement in the State of Uttar Pradesh v. Raj Narain (1975), the Supreme Court of India observed that the right to information is derived from the fundamental right to freedom of speech. It ruled that the people in India “have a right to know every public act, everything that is done in a public way by their public functionaries”. Since this judgement, the Supreme Court and various High Courts in India have upheld the importance of the right to information and in some instances have equated it with the fundamental right to life and liberty. The spate of attacks against RTI activists in recent years not only constitute a violation of the rights of the human rights defenders but enable a governance of corrupt practices, where fundamental rights of all citizens are endangered.

It is important to note that Section 4 of the RTI Act (2005) obliges authorities to make all information related to the functioning of government available in the public domain and on their respective websites. The information sought by RTI activists should therefore be publicly available and accessible to all. However, consistent flouting of the RTI Act by public agencies and officials necessitates the crucial role played by RTI activists in holding government bodies and officials to account and ensure the functioning of a healthy democracy. While the RTI Act was regarded as revolutionary and progressive when first enacted in 2005, a 2019 amendment to the Act in 2019 served to dilute the independence of the Central Information Commission; granting the central government the powers to determine the tenure, salaries, allowances, and other conditions of service of the Chief Information Commissioner and Information Commissioners.

On 23 September 2021, RTI activist Vipin Agarwal was shot dead in broad daylight in the state of Bihar in eastern India. The human rights defender had been exposing incidents of land grabbing and encroachments by mafias with political connections. Six months later, his 14-year-old son died by suicide in despair at the inaction by the Bihar police in arresting those responsible for his father’s murder. The vast majority of RTI activists are concerned citizens, who lack access to resources and spaces of support and protection. Killings and attacks send a chilling message to those wishing to engage in this work, and directly impact their families’ future. There has been no effective accountability and prosecutions for violence against RTI activists – many of the persons responsible are powerful individuals who are often linked to state and corporate power. Even in cases where the police register a First Information Report and start an investigation, only the immediate perpetrators are pursued, while the masterminds face no consequences. Laws that aim to protect activists, such as the Whistle Blowers (Protection) Act, enacted in 2014 to extend protection to those who expose corruption by public servants, still remains to be operationalised and laws to offer protection to RTI activists, and ensure justice for activists when they are attacked and/or killed have yet to be tabled.

Front Line Defenders recognises RTI activists in India as human rights defenders who are facing considerable risks in their human rights work pursuing accountability and justice in the country. We strongly condemn the killings of all RTI activists, and take special note of the killings of the RTI defenders documented in recent years by the HRD Memorial2; Amrabhai Boricha (2021), Shridhar T (2021), Vengatesh Nr (2021), Rai Singh Gurjar (2021), Vipin Agarwal (2021), Buddhinath Jha (2021), Pankaj Kumar (2020), and Ranjan Kumar Das (2020). We call for immediate and impartial inquiries into these killings and others, with a view to bringing both the material and intellectual perpetrators of the crimes to justice, along with offering protection and compensation to the activists’ families. We further call upon the authorities to ensure adequate protection for the RTI activists facing attacks, threats and other forms of harassment and make all possible efforts to pursue those responsible.

1Mazdoor Kisan Shakti Sangathan, (MKSS) is a People’s Organisation that works with workers and peasants in the villages of Central Rajasthan. It was set up by the people of the area in 1990 to strengthen participatory democratic processes, so that ordinary citizens could live their lives with dignity and justice. Read more about MKSS here: http://mkssindia.org/

2The HRD Memorial is a global initiative led by 14 national and international human rights organisations tasked with gathering and verifying information on the cases of human rights defenders (HRDs) who are killed and whose killings are understood to be connected to their human rights work. See www.hrdmemorial.org for more information. 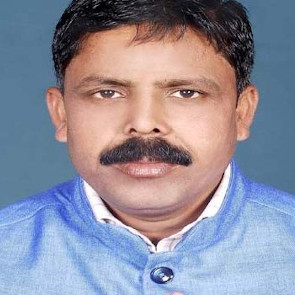 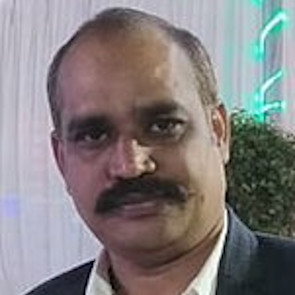