Statement - Tajikistan: Authorities of the Republic of Tajikistan Should Cease Persecution of Human Right Defenders in the Gorno-Badakhshan Autonomous Region

Ulfatkhonim Mamadshoeva is a prominent woman human rights defender in the Gorno-Badakhshan region. She is a representative of the indigenous Pamiri minority group and an independent journalist – working with “Asia Plus”, “Argumenti Nedeli”, and has collaborated with “Ferghana”. In recent years Ulfatkhonim Mamadshoeva founded the NGO, “Nomus va Insof”, where she had focused on children’s rights, upbringing and education, and women’s rights. Manuchehr Kholiknazarov is a human rights lawyer who leads the Pamir Lawyers Association, a member of the Civil Society Coalition against Torture and Impunity in Tajikistan, and of “Commission 44”.

The situation in GBAO has been deteriorating since November 2021. On 25 November 2021, the killing of a civilian sparked peaceful protests demanding, among other things, an investigation into the circumstances of the killing. As a result of the peaceful protests, two protesters were killed and 17 injured from shots fired by security forces into crowds. As a result of the police brutality that occurred in Gorno-Badakhshan, a group of 44 lawyers, human rights defenders and activists established the civil society human rights initiative, “Commission 44”, to investigate the death of a civilian and the subsequent events in Khorog, jointly with the authorities, and to further negotiate with the central and regional governments.

The authorities reacted to the protests with an internet shutdown. After nearly 4 months of no internet access for residents of Gorno-Badakhshan, on 22 March 2022, the internet was “restored”. It has since been reported that internet connection is either inaccessible or heavily curtailed.

Since 16 May 2022, peaceful protests began as a result of no effective investigation conducted into the police killings in November 2021. As the peaceful protests commenced, Tajikistani military and special forces violently dispersed the protesters, resulting in the killing of more than 10 protesters and more than 100 detained. The internet was once again cut off by the authorities in the entire GBAO region. On 17 and 18 May 2022, security forces continued attacks on civilians, using tear gas grenades and live ammunition. On 18 May 2022, the Ministry of Interior of Tajikistan announced the start of an “anti-terrorist” operation in Gorno-Badakhshan.

On 17 May 2022, the Ministry of Interior of Tajikistan, issued a statement accusing woman human rights defender and journalist, Ulfatkhonim Mamadshoeva, of co-organising an “illegal rally” and inciting violence on 16 May 2022 in the Administrative Centre of the GBAO, in Khorog, Tajikistan. Ulfatkhonim Mamadshoeva’s apartment in Dushanbe was raided, resulting in the seizing of her laptop and mobile phone. Moreover, her relatives’ apartments were also raided, and the woman human rights defender’s ex-husband was detained. On 18 May 2022, Ulfathonim Mamadshoeva was arbitrarily arrested by the State Commission for the State Security of Tajikistan and members of the General Prosecutor’s Office. On 20 May 2022, the woman human rights defender was accused of “public calls of violent change of the constitutional order" as per Part 2, Article 307 of the Criminal Code of the Republic of Tajikistan. On 24 May 2022, the Tajik State TV broadcasted a video of Ulfatkhonim Mamadshoeva, where she had publicly confessed to organising the peaceful protests in Khorog with the support of an opposition leader in exile.

Front Line Defenders is deeply concerned by the crackdown on peaceful protests by the authorities of Tajikistan. The violence, threats, criminalisation, arbitrary detention and trumped up charges that are being used against journalists, lawyers and human right defenders forms part of a worrying trend in Tajikistan. Front Line Defenders believes that they are solely being targeted as a result of their legitimate and non-violent work in the defence of human rights and impunity, including documenting the ongoing peaceful protests. Front Line Defenders strongly condemns the arbitrary detentions and ongoing judicial harassment against human rights defenders, and calls on the authorities to put an immediate end to the violent, excessive and unlawful use of force against human rights defenders in Tajikistan. 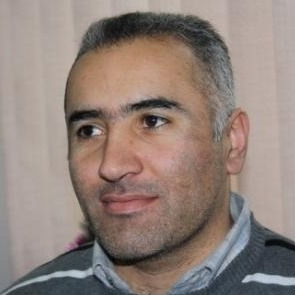 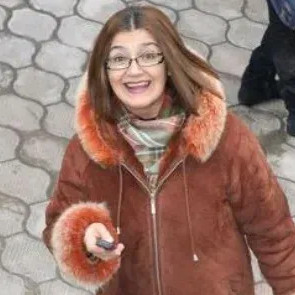