STATEMENT ON THE KILLING OF LAND AND ENVIRONMENT DEFENDER JOANNA STUTCHBURY

Front Line Defenders has learned with great sadness and concern about the killing of land and environment defender Joanna Stutchbury, who died on Thursday, 15 July 2021. Initial reports indicate that the woman human right defender was fatally shot in the afternoon as she returned to her home on the outskirts of Nairobi, Kenya. According to these reports, she had stopped her car to clear debris blocking her driveway when she was shot several times. Her body was discovered in the car with the engine still running and her valuables were still in the vehicle, suggesting that the attack was not a robbery.

Joanna Stutchbury was a land and environmental rights defender (LED) who worked tirelessly to defend the Kiambu forest and protect and conserve Kenya's natural resources. For many years she had spoken out against land-grabbers and well-known private developers who had excised part of the Kiambu Forest. Because of this work to protect the forest from encroachment, she received multiple death threats.

Front Line Defenders believes that Stutchbury’s murder is directly related to her work defending land and the environment. Violence of this nature towards LEDs is not new. In 2019, LED Esther Mwikali was murdered as a result of her investigations into land rights abuses by well-known individuals with connections with local political figures in Makuyu. In 2018, environment defender Edmond Bradley Martin was also murdered amid speculation that developers wanted to take over his 27 acre land in Lang’ata. To date, investigations into these killings have yielded no results.

The threat to the lives of land and environmental rights defenders in Kenya is tangible, as this community of defenders continues to be subjected to acts of violence, intimidation, police brutality, enforced disappearance and judicial harassment, with no meaningful action from the state to address the phenomenon.  Furthermore, politicians and corporations have regularly and publicly denounced the legitimate work of LEDs, labelling them as anti-development and against the government agenda, virtually sanctioning the vilification, victimisation, criminalisation and killing. This deadly rhetoric must stop.

The killing of Joanna Stutchbury must be fully and transparently investigated,  those responsible must be brought to justice, and the Kenyan government must act swiftly to implement national policies that ensure the LED community can continue their legitimate work without the fear of reprisal as they defend Kenya's environment and natural resources.

Front Line Defenders and its staff send condolences to the family, friends, and colleagues of Joanna Stutchbury. 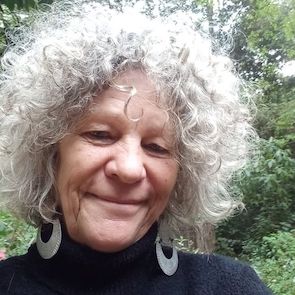