Statement on the Killing of Abdul Samad Amiri in Afghanistan

Front Line Defenders deplores the brutal killing of Abdul Samad Amiri, the Afghanistan Independent Human Rights Commission’s acting director in Ghor province, who was kidnapped and killed by the Taliban on 4 September. In recent weeks there has been a series of violent attacks by the Taliban, which has stated that the purpose of these attacks is to strengthen the group's position in the negotiations with the United States. The main victims of these attacks have been innocent civilians.

Abdul Samad Amiri was kidnapped by Taliban militants on his way from Kabul to Ghor in the Jalreez area of Maidan Wardak province where, despite reports of a breakthrough in the talks between Zalmay Khalilzad (US Special Representative for Aghan Reconciliation) and the Taliban, violence is still endemic.

Abdul Samad was working to combat the surge in the murder and suicide of women which is closely linked to the general climate of violence and specifically the entrenched nature of domestic violence. In a recent interview he stated, “murder and suicides have mounted in the province recently and 12 cases were recorded by the Human Rights Commission and there might be more violence in the areas and districts controlled by Taliban group. But due to insecurity problems, the Human Rights Commission doesn’t have access to those areas and people in those places may not have information about the Commission too.” The traditional views of many citizens in this province, the low level of education, the Taliban’s influence in some areas of the province and family violence including physical violence, threats, humiliation, coerced and underage marriage, poverty and addiction are among the main motives for the murder and suicide of women in Ghor province.

Human rights defenders (HRDs) have been largely marginalised in the recent negotiations. “This latest killing and the resulting escalation in tension shows how important it is to integrate the work of HRDs into the peace process. They play a crucial role in building and sustaining peace and their protection must be an urgent priority”, said Andrew Anderson, Executive Director of Front Line Defenders.

Abdul Samad is not the first HRD to be killed this year. In May, the killing of women’s rights activist and broadcaster Mena Mengal caused outrage among women’s groups who felt that the government had left her unprotected. In July, Saeed Karim Musawi a well known HRD and civil society activist was shot and killed near his home in Kunduz city. According to civil society activists from Kunduz, the targeting of intellectuals is becoming more frequent in the province which is scaring everyone who is critical of the current security and political situation in the province.

The Governments of Afghanistan and the United States, as the key interlocutor in the peace negotiations, and the international community must ensure that the security and protection of courageous individuals like Abdul Samad Amiri is central to any future agreement. 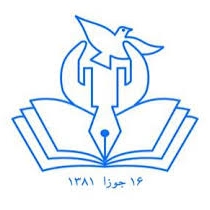 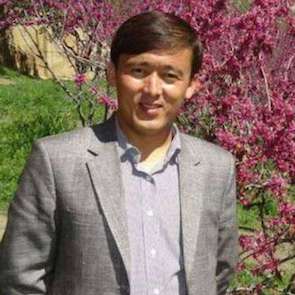