On 20 October 2022, at least 50 protesters were killed and over 300 others injured during a peaceful protest organized by civil society organizations. The peaceful protests denounced the confiscation of power by the Deby clan over the last three decades and the solitary ruling of the current military transition led by Mahamat Deby Itno. Among those killed was human rights defender Narcisse Oredje, a journalist at the radio of CEFOD (Centre d'Etude et de Formation pour le Developpement). Narcisse Oredje was covering the protest and succumbed to his injuries after being hit by bullets during the protest.

Since the death of former President Idriss Deby Itno in April 2021, which led to the current military transition led by his son Mahamat Deby Itno, human rights defenders have continuously expressed their concerns over the use of similar tactics to silence dissenting voices and undermine the work of human rights defenders across the country. At least 66 people were reportedly killed and thousands injured in a series of protests between 27 April 2021 and 20 October 2022 in Chad’s capital, N’Djamena, and in Moundou, the second largest city of the country.

Front Line Defenders expresses its deep concern at the crackdown on peaceful protests and excessive use of force against human rights defenders in Chad, in particular during the 20 October 2022 peaceful protests in Chad’s capital, N’Djamena, and in Moundou, the second largest city of the country. The protest which led to the killing of at least 50 persons, including one human rights defender and over 300 injured, is considered to be one of the deadliest of the country’s history.

Front Line Defenders condemns the killing of all the peaceful protesters including human rights defender Narcisse Oredje. It expresses further concern at the excessive use of force by the security forces to disperse peaceful protests, which are a fundamental right consecrated within the Chadian Constitution. Front Line Defenders calls on the Chadian authorities to carry out an immediate, thorough and impartial investigation into the killings of the peaceful protesters, with a view to publishing the results and bringing those responsible to justice in accordance with international standards. It also calls to ensure that human rights defenders in Chad are free to exercise their fundamental rights as granted by the Constitution. 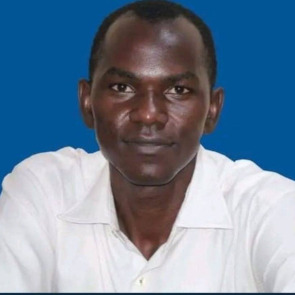