On 29 September 2021, Front Line Defenders along with eight other international human rights organisations released a joint statement calling for the release of five human rights defenders detained in relation to protests linked to the right to education. The statement urged the Sri Lankan government to take adequate measures to ensure the safety of the five detained defenders, to secure the right to protest of all people in Sri Lanka and cease reprisals against those expressing peaceful dissent against the government and promoting and protecting human rights in the country.

More than 3 months later, the five activists Koshila Hansamali Perera, of the People’s Movement for Free Education; Chameera Koswatte, from the Workers Struggle Centre; Amila Sandeepa, President of the Jayewardenepura University Students’ Union; Wasantha Mudalige, Convener of the Inter University Students’ Federation (IUSF); and Heshan Harshana, a student leader from Rajarata University still remain in detention. All of them had tested negative for COVID-19 when remanded, but several had tested positive for COVID-19 in subsequent tests, indicating authorities had not provided them with adequate protection from the virus while in detention.

While reiterating all the demands made in the joint statement of 29 September 2021, and noting Sri Lankan law that establishes bail as the norm and arrest and detention as the exception, Front Line Defenders calls on the Sri Lankan police and the Attorney General’s department to consent to the bail of the five human rights defenders as a short-term measure and release them from detention. Front Line Defenders also calls for the authorities to ensure that while in detention the human rights defenders are given the adequate protection and access to healthcare and allow them to contact their families and lawyers.

Front Line Defenders once again calls for an end to the repression, arbitrary arrests, and intimidation against protesters advocating for education rights and peacefully expressing their dissent to government policy. In particular, Front Line Defenders calls on the Sri Lankan authorities to ease the prosecution and intimidation of students, union leaders, teachers, principals, academics and others involved in recent education-related protests in the country and urges the authorities to secure the right to protest of all persons in Sri Lanka and cease reprisals against those expressing peaceful dissent against the government and promoting and protecting human rights in the country. 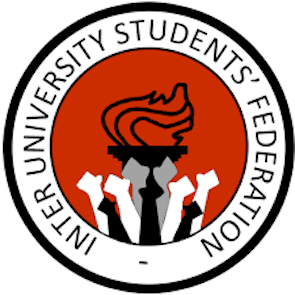