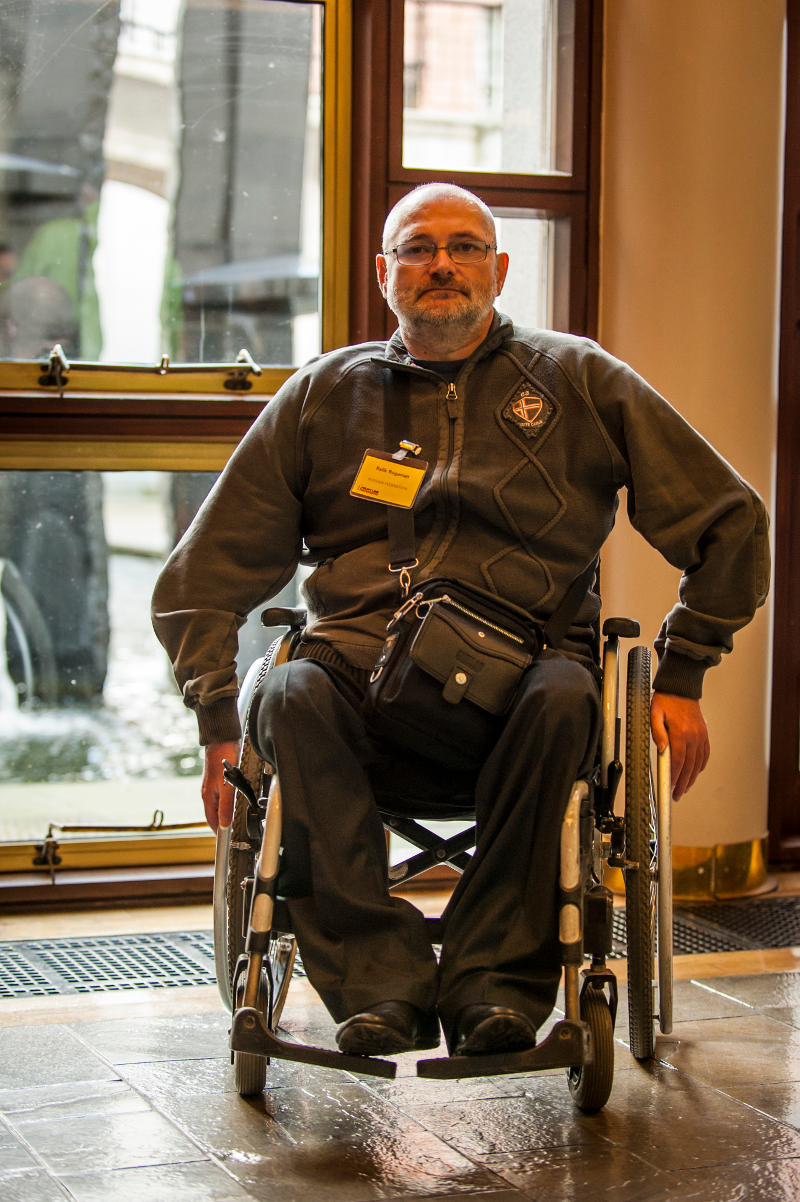 ront Line Defenders is deeply saddened by the news of the death of Russian human rights defender Rafik Roganyan, who passed away on 10 March 2016.

“This type of work is not as visible as other areas of human rights work. There are no mass campaigns with large numbers of participants, but the problems of people with disabilities are no less severe and no less significant than universal problems. The conditions under which a person in a wheelchair cannot leave the house for years are comparable to conditions of torture,” said Rafik in 2013, during his testimony at the 7th Front Line Defenders Dublin Platform.

In 2012 Russia ratified the UN Convention on the Rights of Persons with Disabilities (UNCRPD). People with disabilities are officially protected by the current laws and granted equal rights. However, they still face many challenges in their day-to-day reality. As documented in the 2015 Human Rights Watch report “Left Out? Obstacles to Education for People with Disabilities in Russia”, children with disabilities are denied access to quality education. Adults are also discriminated, as people with limited ability find it more difficult to get jobs.

“The issue of disability is an issue of unequal opportunities. The most important thing is to create an environment and conditions that are convenient and comfortable for people with disabilities to participate in anything anywhere,” said Rafik during the Dublin Platform.

“I met with Rafik Roganyan and his colleagues from Invatur in 2012 in Nizhny Novgorod and I was hugely impressed with human rights work they have been doing in a very difficult environment. He was a great inspiration for others. We had a privilege to host Rafik Roganyan and his colleague Andrei Bulanov in Dublin in 2013 and I had chance to spend time talking to him, learning more about his work but also about beautiful human being he was. I also have happy memories of him circling in Dublin with defenders from other countries. All of us have been touched by his dedication and by his kindness, I know that he will be missed and remembered”, said Front Line Defenders Protection Coordinator for Europe and Central Asia.

Rafik Roganyan was a brave human rights defender, who spent his life relentlessly working to defend the rights of people with disabilities, to improve their lives and give them equal opportunities. Front Line Defenders would like to convey its sincere condolences to the family, colleagues and friends of Rafik Roganyan.