I am writing to you from Front Line Defenders concerning the case of jailed human rights defender Foly Satchivi. Following a number of irregularities in Mr Satchivi’s judicial process thus far, Front Line Defenders respectfully calls on the Togolese authorities to ensure that the remainder of the human rights defender’s appeals process adheres to international standards.

Foly Satchivi is a leader and spokeperson of En Aucun Cas (Under No Circumstances), a human rights movement which works to raise awareness on diverse human rights issues.

As you may be aware, Foly Satchivi was originally arrested on 22 August 2018 and was sentenced on 16 January 2019 to three years in prison on charges of “rebellion”, “glorification of and incitement to commit crimes and misdemeanors”, and “serious disruption of public order”. These charges were in connection with his role in organising a press conference in August 2018 about the deteriorating socio-political climate in Togo. Observers at the hearing reported that the judge declared the conviction and the sentence without providing justification.

On 18 January 2019, Foly Satchivi’s lawyers submitted an appeal; they were obliged to submit this appeal without an official copy of the court’s original decision. The defence was not provided a copy of the decision, and were forced to rely on only viewing a copy that the prosecution had obtained.

Since the appeal was lodged, it has been adjourned three times. Most recently, on 12 September 2019, neither Foly Satchivi’s lawyers nor his friends and family were informed of the adjournment. On the day of the hearing, they appeared at the Appeals Court of Lome to find that the court was closed due to a court recess. No prior warning of this recess was given to Foly Satchivi or his legal team. The hearing has been rescheduled for 10 October 2019.

During the appeal process, there have been several concerning irregularities that contravene international standards. Firstly, Foly Satchivi’s right to a public hearing was not upheld; on 22 August 2019, international observers were allowed into the court room along with civil servants, prisoners, and security forces while colleagues, journalists, and family members were denied entry to the court. Right to a public trial is a measure of protection to ensure that the accused does not face corrupt or unfair proceedings; this breach of best practice is of great concern.

Secondly, international observers and local colleagues have witnessed an atmosphere of intimidation that has potentially influenced the proceedings. On 22 August 2019, members of the gendarmarie were stationed outside the courthouse and even within the court room, with weapons visible. This show of police force can only be interpreted as an intimidation and dissuasion tactic, and contravenes many international guidelines, including the African Commission on Human and Peoples' Rights’ Principles and Guidelines on the Right to a Fair Trial and Legal Assistance.

These incidents follow on the heels of a suite of irregularities in the original trial including police intimidation around and in the courtroom in January 2019, a lack of adequate time for the defence to prepare their case, and most importantly, a lack of evidence presented by the prosecution.

Front Line Defenders is deeply concerned about these irregularities, and requests that the authorities ensure that the next steps of the appeals process in this case adhere to international standards, including by providing the defence team with appropriate notice and time to prepare for the upcoming hearing.

Please inform us of any actions that may be taken with regard to the above case. 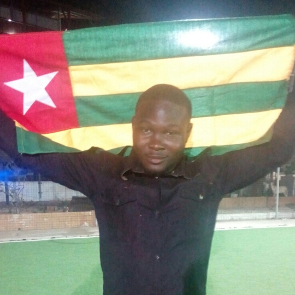