On 12 and 13 January 2021, police operations in the favelas of Santa Marta and Complexo do Alemão resulted in violence against human rights defenders who have been vocal in denouncing police abuse and brutality in their communities.

Tandy Firmino is a community leader in Santa Marta who’s work is dedicated to defending the rights of the population of favelas and marginalised communities in Rio de Janeiro. On the morning of 12 January 2021, police officers broke into the house of the human rights defender in the favela Santa Marta, knocking down his door in the process. Tandy Firmino’s child was also at home during the raid. The police gave no reason for raiding the human rights defenders house. This type of harassment is a common strategy used by police to intimidate human rights defenders and members of the favela communities in Rio de Janeiro.

The following day, on 13 January 2021, during a policing operation in Complexo do Alemão, the military police confiscated, and subsequently destroyed, the cell phone of human rights defender and reporter Renato Moura, while he was documenting the actions of the police. The device, an iPhone X, which was donated to the human rights defender, had been used by the Coletivo Voz das Comunidades (Voice of the Communities Collective) to document human rights violations in the favelas of Rio de Janeiro. The police have sought to justify their aggression by declaring that “The Voz (Voice of Communities) only denounce the police to enhance their own reputation”.

Front Line Defenders condemns the actions of the Military Police of the State of Rio de Janeiro who illegally raid the homes and destroy the personal belongings of human rights defenders and citizens. Unfortunately, these are not isolated events, but form part of a pattern of violations against residents of favelas and marginalised neighbourhoods of Rio de Janeiro, where home invasions without warrants, shootings at unarmed people and violence against residents are a standard and regular practice exercised by the police.

The harassments of human rights defenders Tandy Firmino and Renato Moura are just two examples of the reality for the Black community in Rio de Janeiro. Racial profiling followed by acts of violence by police is an ongoing issue in Brazil which has a critical impact on the ability of Black human rights defenders to work in a safe environment. According to the Fórum Brasileiro de Segurança Pública (Brazilian Public Security Forum), 79.1% of people killed in police operations are Black, and Rio de Janeiro has the highest rate of deaths from police intervention in the country. In 2020, despite the lockdown measures in place due to the COVID-19 pandemic, 775 of people killed in Rio de Janeiro were registered as victims of police interventions.

Last week, The Supreme Federal Court (STF) and the Attorney General’s Office (PGR) announced that public hearings will be held in March and April 2021, with the aim of collecting data which will be used to develop a new security plan to reduce civilian and police mortality in the state of Rio de Janeiro. The hearings are also intended to assist the National Council of Public Prosecution (CNMP) to develop procedures for the supervision of the police and the State Public Prosecutors Office (MPRJ).

The hearings form part of the ADPF 635, also known as ‘ADPF das Favelas’. This legal action was proposed by the ‘Movement of Favelas’ in partnership with the Public Defender of the State of Rio de Janeiro and a number of civil society organisations, who were also responsible for obtaining the suspension, issued by the Supreme Court,1 of police activities in favelas and marginalised neighbourhoods in the state of Rio de Janeiro during the COVID-19 pandemic lockdown. To date, the State government and police of Rio de Janeiro have failed to comply with the suspension on several occasions. This lack of compliance compounds an ongoing pattern of violence and racism in the implementation of the state’s public security. In the absence of compliance with the agreed suspension human rights defenders remain at serious risk of police brutality; given the nature of their work and their prominence and visibility in their communities has resulted in them bearing the brunt of widespread police violence.

Front Line Defenders stresses the importance of police accountability and the rights of human rights defenders to monitor and denounce human rights violations committed by the police in Rio de Janeiro. Front Line Defenders calls on the authorities in Brazil to condemn police brutality in the favelas and marginalised communities, and to ensure the effective implementation of the measures set out in the decision on ADPF 635. Front Line Defenders reiterates its condemnation of police violence in Brazil and the disproportionate impact racial profiling and discriminatory policing has on members of the Black movement and human rights defenders in the country.

1 In 2020, the ’Movement of Favelas’ in Rio de Janeiro, in partnership with the Public Defender of the State of Rio de Janeiro and a number of civil society organisations brought a case relating to this violence to the Supreme Federal Court (STF). It called for ‘judicial action of constitutional control’, popularly known as “ADPF of the Favelas", to recognise and remedy the serious violations of public security policy by the state of Rio de Janeiro on the Black and poor populations in the favelas and poor neighbourhoods during police operations. The ‘Movement of Favelas’ obtained the suspension of police activities in favelas and poor neighbourhoods in the state of Rio de Janeiro during the COVID-19 pandemic lockdown. Although this decision by the Supreme Court marked a victory for civil society, the ADPF legal measures still need to be effectively implemented; the government of Rio de Janeiro has failed to comply with them on several occasions. In the absence of such implementation, given the nature of their work, human rights defenders remain at serious risk of police brutality; their prominence and visibility in neighbourhoods means that they are likely to bear the brunt of this widespread violence. 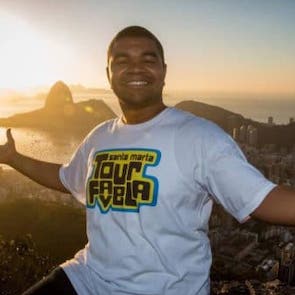